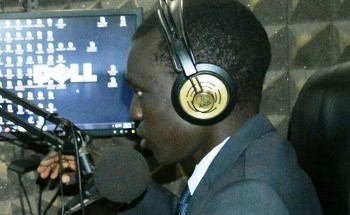 The reconstituted National Constitutional Amendment Committee (NCAC) established under the Revitalized Agreement on the Resolution of the Conflict in South Sudan (R-ARCSS) should be transparent to the public in their activities.

The Agreement says the reconstituted NCAC shall complete the tasks necessary to prepare for the Transitional Period and the formation of the Revitalized Transitional; Government of National Unity (RTGoNU.)

Further, it adds that within twelve (12) months of the beginning of the Transitional Period, the reconstituted NCAC shall revise relevant laws and draft new legislations pursuant to the R-ARCSS.

According to the R-ARCSS, the NCAC shall have competent legal capacity to perform the following tasks:

1- To draft and complete a Constitutional Amendment Bill within twenty-one (21) days upon the signing of this Revitalised ARCSS. The Bill shall incorporate the R-ARCSS into the Transitional Constitution of the Republic of South Sudan of 2011 (as amended). In the event of any contradictions, the provisions of the R-ARCSS shall prevail, the Agreement says.

3- Amendments to other legislations and incorporating any reforms relevant to the R-ARCSS shall be completed within the first year of the date of signature of the Agreement, the R-ARCSS adds.

Other legislation to be reviewed by the NCAC include the Political Parties Act, 2012 and the Non-Governmental Organizations Act, 2016.

With regards to the Political Parties Act, the Agreement says “Within six (6) months of the signing of this Agreement, the reconstituted National Constitutional Amendment Committee (NCAC) shall review the Political Parties Act, 2012, and ensure that the Act complies with international best practices for the free and democratic registration of Political Parties in South Sudan, and shall present a draft Bill to the National Legislative Assembly for adoption through the Minister of Justice and Constitutional Affairs. The Act shall permit the open registration of Parties.”

What has happened and why there is a need for transparency

In April, it was reported in the media that the NCAC chaired by Gichira Kibara completed amendments on four security laws: the SPLA act 2009, Police Service act 2009, the Prison Service Act. 2011 and the Wildlife Service Act, 2011 and that they have been handed over to the Minister of Justice Paolino Wanawila Unango.

Wanawila was quoted saying he was “going to work on them as soon as possible for presentation” to the Council of Ministers and the National Assembly for their approval as required by the R-ARCSS. That ended there and both institutions have done nothing about those Amendments.

Also, Kibara at the time said the Political Parties Act and the National Security Act were in the final stages and would be presented to the Justice ministry the next week. Up to now, there is no update on that.

In January, for example, the SPLM-IO had disagreed with some parts of the then Constitutional Amendment Bill incorporating the R-ARCSS into the Transitional Constitution.

However, a publication on the Reconstituted Joint Monitoring and Evaluation Commission (RJMEC) Website later stated that the disagreement was on the issue of how to refer to the System of Government during the Transitional Period as either decentralized or devolved. “This issue was referred to a RJMEC Committee (of all parties to the Agreement) and a resolution on the same was reached on Monday 21stJanuary 2019 and adopted by the RJMEC Plenary on Wednesday 24thJanuary 2019. The Bill is in accordance with the RJMEC resolution,” the publication claimed. The SPLM-IO did not complain again since.

The last time the media reported about the Constitutional Amendment Bill incorporating the R-ARCSS into the Transitional Constitution was in late May that the Bill was handed back to the NCAC to incorporate the Six Month extension of the pre-transitional period reached in early May by the parties to the R-ARCSS. Nothing else again.

It is against the above background that the NCAC should become transparent. It should establish a working website and publish every Act or Bill they have reviewed or passed for the public to keep track and be able to scrutinize their conformity with the R-ARCSS. If the NCAC is unable to establish a website, then they should upload the Acts they reviewed and Bills they passed on the Website of the RJMEC. This would also help in identifying and taking action against any alteration contrary to the R-ARCSS by either the Council of Ministers or the Parliament in case they interfere with Bills or reviewed Acts. The NCAC cannot be in a process of law-making while keeping the public in the dark. The donors who are funding the NCAC and RJMEC should also give pressure to the two bodies to be transparent on the laws they are part of their making.

Roger Alfred Yoron Modi, a South Sudanese journalist, is a former Editor-in-Chief of Radio Bakhita and Managing Editor of Juba Monitor Newspaper living in exile. He previously worked for, among other media houses, The Citizen Newspaper and freelance for The Nation Mirror Newspaper both of which have been shut down by the National Security Service. He has a background in law. He can be reached via rogeryoron@gmail.com or his twitter handle @RogerYoronModi