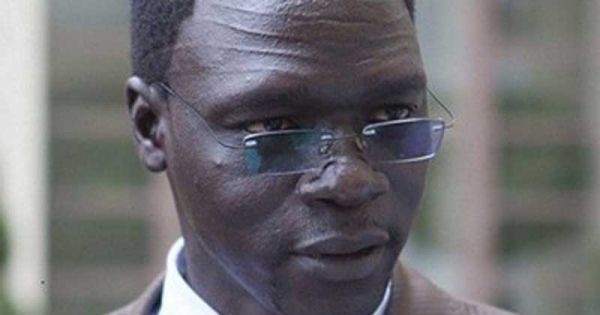 By unilaterally creating administrative areas---when the action is supposed to strictly revert the country to the constitutional 10 states----South Sudan’s Presidency is wrong because the decision is unnecessary and bad precedence and problematic.

Well, let me first state that I congratulate President Salva Kiir on his bold decision to listen to the demand of the people of South Sudan, SPLM/SPLA (IO), other Parties, IGAD, etc., by reverting the country to the10 states which were inherited during independence on 9 July 2011.

The decision on the 10 states by the Presidency at the State House (J1) in the capital, JUBA, on 15 February 2020, is commendable!

However, the additional unilateral and unnecessary decision to yet create three administrative areas, on top of the 10 states, is wrong. It was neither discussed in the negotiations by South Sudanese parties to the Revitalized Agreement on the Resolution of the Conflict in South Sudan (R-ARCISS), nor a recommendation from IGAD in Addis Ababa.

Therefore, my personal humble observations about how unnecessary and problematic the creation of the three administrative areas---namely, Abyei, Boma and Ruweng----within the territory of the Republic of South Sudan, as I briefly touch on the case by case, are as follows:

Truly, I do sympathize with the current status or situation of Abyei. It has not yet come to South Sudan, or remained in Sudan. Its status is yet to be resolved between Sudan and South Sudan. It is called Abyei Administrative Area (AAA), which operates autonomously and is currently being contested by the two neighbouring countries.

I love the people and land of Abyei; they are my people, and I hope that their final status will one day be determined and they will, hopefully, rejoin their brothers and sisters in South Sudan----since their annexation to (north) Sudan in 1905, and confirmed on January 1, 1956.

The citizens of Abyei should, however, continue to enjoy their current temporary dual citizenship arrangements between Sudan and South Sudan, as their final status is being determined.

If Abyei comes back to South Sudan one day in the near future, Allellujah, it will return to Warrap state, from where it left, as history suggests.

It first became a Greater Pibor Administrative Area (GPAA) recently per an agreement between a Cobra Faction led by the former competitor who lost in the 2010 Jonglei state gubernatorial contest, General David Yau Yau, and the government in Juba.

David, a member of the Murle community, and his community-based armed faction founded the Cobra Faction after losing the election, then complained that the Murle community was being marginalized in Jonglei state administration by the Greater Bor and Greater Nuer communities in the state.

The deal David signed resolved the temporary creation of the GPAA. Since the conflict by then was confined to Murle areas of former Pibor District, it was locally addressed as such.

It is also important to be cognizant of the fact that an "administrative area" is always a temporary arrangement, as a delegation of specific powers to the administration of that area in order to temporarily address some specific concerns in that particular area. It can, therefore, be dissolved at any time, if the situation that justified its creation in the first place has changed, or is overtaken by a different overall resolution which encompasses it, or which generally addresses similar concerns throughout the country.

In this case, I would say, Murle community concerns of marginalization are not different from those of some other ’minority communities’ across South Sudan, such as the Bongo community in Warrap state, Jurbel community in Lakes state, Jie or Kachipo communities within the very GPAA, etc.

All these sorts of marginalization, be it political or economic marginalization, are addressed in the overall governance and economic systems agreed in the 12 September 2018, R-ARCISS. The Murle community and its allies within the GPAA should instead support the implementation of the R-ARCISS, within their mother state of Jonglei.

GPAA’s time has expired, and now irrelevant, and hopefully, it has already solved economic problems in the area and has stopped abduction of kids and cattle from the other communities in Jonglei state and beyond.

Interestingly, I was not aware of the Murle political leadership, or its community leadership, supported the creation of 23 states in South Sudan, on the basis of former colonial districts, of which Pibor is one. That would have made their dream of becoming a full-blown state with clear boundaries, instead of a lower status administrative area, come true. They missed it, I guess.

This is the most bizarre attempt to create an administrative area purely based on a combination of tribally-motivated, resources-motivated, political action on the part of President Salva Kiir, and whoever from the Parieng and Abiemnhom political leaders who might have ill-advised him.

First of all, these minority Dinka communities, which President Kiir wants to disassociate from their majority Nuer cousins in Unity state, have been living peacefully side by side as communities from time immemorial.

These very minority Dinka communities in the oil-rich Unity state have been fairly treated, given the position of deputy governor and some state ministerial positions benefited from the states’ services delivery projects, etc. Majority of them speak Nuer language as well, and are culturally harmonious with the Nuer!

Second, these Dinka communities of Parieng, Abiemnhom of the newly proposed Ruweng administrative area, don’t have clear boundaries with their neighbouring Nuer communities, such as the Bul Nuer, Leek Nuer and Jikany Nuer. Actually, Abiemnhom is cut off by Bul Nuer from Parieng. How can they form a single territory, let alone their problematic boundaries with the three Nuer major sections?

Third, the ill-motive behind the strange selective proposal or decision by President Kiir to create Ruweng as an administrative area, separates it from the rest of Unity state, or from the Nuer, for that matter, is based on the delusion that majority of oil wells would be located within the geographical territory of the would-be newly curbed Dinka special administrative area. And therefore, it would deny the Nuer of Bentiu (Unity state), an economic base. But where are the boundaries which would determine where many of these oil fields lie, with the exception of some, such as in Higlig (Panthou) area, etc?

Fourth, the scheme is to presumably deny Dr Riek Machar and always feared political challenger, an economic base, or money to finance politics, or to help him finance the upcoming elections in 2022, hopefully.

President Kiir knows very well that Unity state’s governorship will most likely be taken by the SPLM/SPLA (IO), according to the power-sharing agreement once a transitional government of national unity is formed hopefully in this month of February 2020.

But why would President Kiir, who has done very well by listening to the popular voice and demand of the people, and accepted to revert the country to the 10 constitutional states, would want to add a problematic administrative area, which would cause insecurity and inter-communal conflicts during the transitional period?

SPLM/SPLA (IO), other Parties to R-ARCISS, people of South Sudan and IGAD leaders, etc., recommended 10+1 or 23+1 states, from which the government should have strictly chosen one.

And note that when we say 10+1 or 23+1, that ’1’ is Abyei. It is written +1 simply because it is not yet formally a territory within the boundaries of the Republic of South Sudan. So, instead of saying 11 or 24 states, it is 10+1 or 23+1 states. If it rejoins South Sudan, it becomes part of mother Warrap state, from where it was geographically and administratively taken to (north) Sudan over a century ago.

President Kiir should mean 10 states without diluting it with politically motivated so-called administrative areas, either for his numerical advantage, economic advantage or for forging or buying an alliance with hostile allies to their neighbours.

We, in the country, should not be creating more problems when we should be solving the current problems! And we should not be deferring conflicts to the transitional period, which is instead supposed to consolidate peace, achieve stability: security-wise, political-wise, and economic-wise, etc.

Drop the three administrative areas, Mr President, and be strict to the 10 states for the sake of peace---of course----as you correctly said it at J1 State House on Saturday, 15 February 2020.