Opinion: Part is not greater than the whole 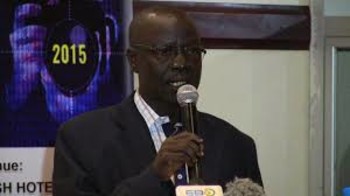 This tells us that oneness is not one. Oneness exists in plurality. Even the single person who is a constituent part of an ethnic group is constituted by parts of its body. Furthermore, a part of the body of the person, an ear, for instance, has constituent parts. Is this not plurality of oneness? What I am driving at is that even if we are many as ethnic groups, we constitute the oneness of this country, South Sudan.

A pain in one part of the body is pain in the whole body. Taking it further, South Sudan, which is the whole that is greater than the parts that constitute it, would not have come into existence without those constituent parts. That is why, when the constituent parts are fragmented, there would be no South Sudan.

Similarly, when the constituent parts are agonizing, the whole also agonizes. It is logically true that the whole is greater than its constituent parts. But this does not reduce, in any way, the importance and significance of a single part. It is a necessary constituting factor for the whole to exist. This sounds vague, making no sense at all to the average reader. I am saying, our country, South Sudan, is greater than a single ethnic group, which constitutes the country itself.

This is what defines us as collective whole. This is where our identity as ethnic groups, melts away quietly so that we can be defined in relation to the whole (South Sudan), and not in relation to the parts (our ethnic groups) to which we belong. Each and every one of us has been born in a particular ethnic group. What this means, is that, we had no choice. We just found ourselves there, in that particular ethnic group. I think, if that particular ethnic group were bad, God would not have allowed us to be conceived and born within it. But since we were born there, it logically follows that, each of us was born in an ethnic group which is good. Therefore, all ethnic groups in South Sudan are good. “We are South Africans, and this is what defines us,” South African President, Cyril Ramaphosa, told parliament in an address on Wednesday, November 7, 2018. Does this ring bells in our minds? The problem in South Africa is much bigger than ours. South Africa is fighting racist tendencies or inclinations. But we are combating tribal or ethnic intolerance.

Can we say, “We are South Sudanese, and this is what defines us?” I have been beating round the bush in order to discourage the notion or concept that ethnic groups do not exist in South Sudan as a means of combating ethnic intolerance. We should separate what exist in the mind from what exists in the real world.

Intolerance exists in the mind. To remove it, we should take care not to wipe out the real. The existence of our ethnic groups is real and there is no problem with it. All our ethnic groups are good because there is nothing bad with them. What is wrong is in our minds. We need to erase the wrong thoughts and upload better positive ones. People, who share the same national and ethnic identity, also share a psychological feeling known as “sense of belonging.” It follows, then, that both ethnicity and nationality play a greater role in identity formation.

The world is moving towards integration, which is a good thing. Our country, too, has also joined the integration process. South Sudan is a member of the United Nations, African Union, and the East African Community and so on. We cannot afford to be fragmenting ourselves internally through ethnic intolerance and communal violence while, as a country, we are uniting ranks with the region, the continent and the world. It does not make sense. Language barrier cannot even be a reason for us to isolate ourselves from each other on the basis of ethnicity.

After all, we have more similarities than differences. We need to capitalize more on the elements that unite us. I strongly believe that our folklore music and dances, rites of passage like birth, marriage and death, including the territory, within which we live, our common history, heritage, features, and other shared values, are uniting factors. Sometimes I just wonder why we have been drifting apart most of the time.

I leave this to our experts, the historians, sociologists and anthropologists. They can explain better. The vision I have for our country is full of optimism. I envision a South Sudan that will be a food basket, a supplier of energy, a hub for the tourism industry, and an economic giant in the region. But visions are what they are. Just visions, if we do not work hard to translate them into reality. We have a lot of work to do. So, instead of agonizing as a result of blame games, viewing each other with eyes of rejection and contempt, and carelessly dwelling on our bitter past, we better shift to organizing ourselves to develop our human and natural resources. Let us stop quarreling over petty issues.

This is the best way to free ourselves from the burden of isolation and ethnic bigotry in order to concentrate on building the required modern institutions for good governance, building infrastructure like road networks and bridges which will hopefully connect our communities country-wide, modernize our agriculture and livestock management, among others. The resources we have are enough raw materials to construct a beautiful South Sudan that everybody will be proud and happy to live in. We can make use of bilateral and multilateral engagements to source expertise to help us explore some of our natural resources which are yet to be known and to develop, judiciously, the ones we already know.

It is possible for South Sudan to acquire its rightful place in the international market as an exporter. We cannot continue to be at the receiving end eternally. It is our collective responsibility to ensure South Sudan does not become a dumping ground for sub-standard and even expired and outdated goods and services. Instead of exporting crude oil, let us think of constructing refineries and make good use of the crude oil’s by-products. For how long are we going to be portrayed as manufacturers of wars, famine, diseases, or communal violence? I do not have ready-made answers.

The author, Edward Ladu Terso, is a senior South Sudanese journalist. He can be reached via email: eddytext1962@gmail.com