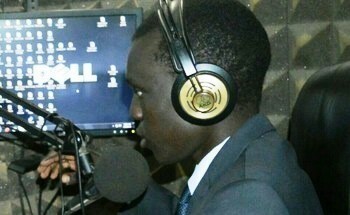 The Commission on Human Rights in South Sudan has recommended that the Government strengthen the independence and capacity of the judiciary and national justice institutions. UNHCR has also recommended that South Sudan: reinforce the organizational structures of the police, prosecution, court, and prison services through vetting, oversight and disciplinary mechanisms, transparent remuneration and training; strengthen access to justice for all population groups, including refugees, returnees and internally displaced persons; and establish police, justice and social services teams to help restore security and order in sites for internally displaced persons, returnees and refugees, and in other isolated areas.

Those are in this month’s Third Cycle of South Sudan’s Universal Periodic Review UPR at the United Nations Human Rights Council, at Geneva, particularly in the Compilation of UN Information, Report of the Office of the United Nations High Commissioner for Human Rights, report prepared pursuant to Human Rights Council resolutions 5/1 and 16/21, taking into consideration the periodicity of the universal periodic review, is a compilation of information contained in reports of treaty bodies and special procedures and other relevant United Nations documents, presented in a summarized manner owing to word limit constraints, according to the submission.

Also included in the report is that the Commission on Human Rights in South Sudan and the United Nations country team reported that inadequate infrastructure, resources, and capacity diminished State abilities to provide civilians with access to justice and that Customary courts were not mandated to hear serious criminal cases and were ill-suited to providing justice to women and victims of sexual violence given gender biases and the lack of procedural safeguards.

On Access to Justice, judicial reform and the R-ARCSS

While delays in its implementation continue, the R-ARCSS has enshrined that the Judiciary of South Sudan shall be independent and subscribe to the principle of separation of powers and the supremacy of the rule of law, further providing that there shall be reforms of the judiciary that shall include but not be  limited to the review of the Judiciary Act during the Transition, and that “efforts shall be made to build the capacity of the judicial personnel and infrastructure.”

The R-ARCSS has also provided that the Revitalised Transitional Government of National Unity RTGoNU shall establish an ad hoc Judicial Reform Committee  (JRC) to study and make recommendations to the RTGoNU for consideration. The JRC shall be composed of the parties to the R-ARCSS, the Agreements says, it shall be chaired by an eminent and independent jurist and its members shall be drawn by the stakeholders from the legal profession.

What has been done so far?

In the National Report submitted by South Sudan at this month’s Third Cycle of South Sudan’s Universal Periodic Review UPR at the United Nations Human Rights Council, Geneva, the government said it is working in collaboration with IGAD  to establish an the hoc Judicial Reform Committee and that the process is at “advance level of the implementation.”

“As envisaged under the R-ARCSS, the Judicial Reform Committee will lay a firm foundation for the peaceful and prosperous country, based on justice, respect for rule of law premised on an independent, effective and efficient judiciary. The Government and IGAD have developed and signed the Terms of Reference pursuant to Articles 1.17 and 1.17.5 of the R-ARCSS,” National Report submitted by South Sudan reads, “The Terms of Reference for the establishment of Judicial Reform Committee have been signed by the Government, IGAD and R-JMEC. Currently, IGAD working to identify the legal experts from the region, to serve as Chair and Deputy Chair of the JRC. IGAD is also expected to write to the parties to the R-ARCSS to nominate their representatives based on the formula set out in the R-ARCSS, for appointment to the JRC by the Transitional Government of National Unity.”

Further, in the National Report, the Government of South Sudan says it is  “committed to promote and protect human rights of all citizens through the implementation of the institutional reforms” enshrined in the R-ACRSS, among others, and that it is seeking from the international community and partners the following:

(a) Support in establishing a database to collect and store information and statistical data on the realization and enjoyment of human rights of the South Sudanese citizens;

(b) Building the capacity of government officials both in national, State, and Local government levels on the use of human rights-based approaches to plan, program, develop policies and monitoring and evaluation processes;

Part two of this article shall look at the Independence of the Judiciary, as the Transitional Constitution states that the Judiciary shall be independent of the executive and the legislature; relevant laws, observations, arguments, and controversies about the same.

Roger Alfred Yoron Modi, a South Sudanese journalist, is the author of the book Freedom of Expression and Media Laws in South Sudan.  Roger is also the Producer and Host of The Weekly Review: Making Sense of News and Relevant Topics. For more, keep in touch with his website rogeryoronmodi.com