Opinion: Nilepet and the need for better corporate governance 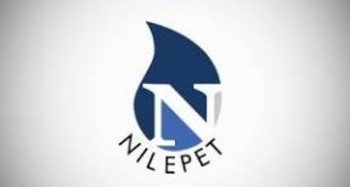 Nile Petroleum Corporation is supposed to be one of the strongest and most profitable companies in the country. However, the parastatal has serious corporate governance weaknesses. Questions about the effectiveness and autonomy of its board of directors and leaders cast a dark shadow over an institution that should be a model to what other companies aspire to be in our country. It also remains unclear whether NilePet is a profit making or regulatory entity.

Over the past four years, citizens of South Sudan, who are keen enough, have watched with dismay and shock as appointments and leadership change events have jeopardized the  ability of the company to sufficiently perform its duties. This matter has elicited mixed reactions and strong concerns from the public, and rattled the players in the oil and gas industry.

The resulting problem from these appointments and leadership changes at NilePet is that of corporate governance. Basically, corporate governance as defined by the Centre for Corporate Governance is a ‘system by which an institution or an entity is directed, controlled or held to account.

The big question is; who directs, controls or holds NilePet to account in its operations? Nile Petroleum as a parastatal is a public entity and as such, members of the South Sudanese community under the government of South Sudan are perceived owners of the company who have entrusted the day to day running of the company to the board of directors and the senior management for the proper functioning and management of the institution.

As a company in South Sudan, with business interests in the field of petroleum as its name suggests, the rules that dictate the management of NilePet fall under the provisions of Companies Act, 2012.

It has a Board of Directors appointed by the President of the Republic, and this is part of the problem. The terms of reference of NeliPet board members are unclear, especially when it comes to their expected roles. It is true that since some of the appointments are politically motivated, their understanding of their roles and duty to the company may be compromised due to the political associations. Furthermore, Table E to the Companies Act, 2012 puts thresholds on the composition of the board of directors of a corporation and it requires that there must be a mix of skills.

The role of the board of directors in any corporation, whether a state owned corporation (parastatal) or a private one is the same in the sense that the board of directors is the body with the final word in exercising leadership/objective judgment and in determining company’s purposes. The board equally defines the best strategy to achieve the purposes for which the company was formed and identifies key risks and key performance indicators as well as regularly assessing, the performance and effectiveness of the company, board members and the Chief Executive Officer or Managing Director.

The system of administration of NilePet appears to have shortcomings in terms of best practices with regard to corporate governance for a myriad of reasons. First, the members of the Board of Directors and Managing Director are all presidential appointees. Second, the qualifications and competences of those appointed to the board of directors do not all meet the required standards of an effective board since some of the appointees are there as a result of political patronage and party or personal loyalty.

Third, the Managing Director acts as the secretary during the board meetings. This means that he takes the minutes contrary to the best practices and code of corporate governance, hence combining the role of the Company Secretary and his role as the Chief Executive Officer of the corporation. This mix-up of roles is a fiasco!

The board of directors of NilePet presumably has no board charter and therefore lacks proper guidelines on how to handle various company related scenarios. This state of affairs, coupled with inadequate leadership skills do not bode well for the company.

It should also be mentioned, that appointment of the Managing Director comes directly from the President of the Republic as a result of political manoeuvring, intense lobbying and horse trading. But in best practices, the Managing Director is normally appointed by the Board through competitive and transparent processes.  As a by-product of his political associations and loyalties, the company MD is all but a walking stick of the appointing authority and as such, he can rarely be found in his office.

In conclusion, the question that has raised concern in various quarters is this: How effective is the board of directors in supervising the management of NilePet under these circumstances? It is our hope, as it is legally stipulated; that the members of the Board of Directors can and should face prosecution in future, for failing to act in the best interest of the company where their reasonable and duty of care is expected.

They (the directors) have this responsibility on their shoulders and failure to act in accordance with best practices will, at the end of the day, as it happens in the case of Enron Energy Corporation in the US and other countries, where directors were prosecuted for their past actions, lead to severe consequences.

The author, Chol Deng Anyieth, is a practicing Advocate and Commissioner for Oaths based in Juba. He holds an LLB (Bachelor of Laws) in the University of Juba and an LLM (Master of Laws in Public International Law) in Kampala International University.