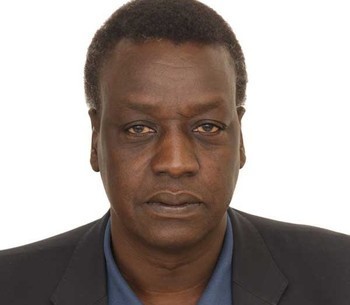 My contention of the entire process of mediation in Khartoum has been my dismay of Khartoum Declaration signed by all parties to surrender the sovereignty of SS over oilfields in Unity state to Sudan. For me, the subsequent concerns raised by parties in power sharing were non-essential in comparison to sovereignty. Although this Agreement may not be perfect, there is no doubt its signing today in Addis by all parties and regional and international partners is a welcoming news to the people of South Sudan. With SK and RM are back again with their persistent grudges to lead the transitional period, It will be an uphill task to make this Agreement a win-win for all the parties and particularly to the people of South Sudan. With this Agreement, the battlefield will shift now from AKM and barrel of a gun politics to civility and civic and political engagement with citizens.

Guided by the inspirational wisdom of my elder brother Francis Deng to always look for opportunities in the midst of a crisis, let me highlight some of opportunities in this Agreement. One of salient features of this Agreement is that the parties have accepted the culture of civility rather than culture of violence and anarchy. It has recognized that women and youth to play a leading role during the transition period rather than "Gun Class". Decision-making during transitional period will be through consensus and collegial collaboration and in lieu of that by two-thirds majority. The judiciary, security sector, economic and banking sector and oil sector to be transformed to reflect diversity and eliminate the dominance of the two major ethnic groups. Affirmation of federalism as popular demand of people of SS and to bring to book those alleged to commit war crimes and crimes against humanity.

Yet, this agreement is too ambitious; particularly in security arrangements. The cantonment of all forces within 30 days is unrealistic and with DDR to start immediately after the signing of the Agreement is not feasible. Also this provision of establishing Technical Boundary Committee (TBC) to define tribal areas is a recipe for new cycle of violence at community level. Tribal boundaries in Africa are flexible and inclusive and defining tribal boundaries of Abyei area was exceptional and arduous task that ended in international court of arbitration. The Agreement fails to specify how to fund the implementation of this Agreement as the donors will be reluctant to fund such too ambitious implementation plan. South Sudan is rich enough not only to finance the implementation of this Agreement but also to address the dire humanitarian needs and return of refugees to their home areas. The revitalized TGoNU should take up this bill of implementation of the Agreement, humanitarian needs and the return of the refugees.

Although the parties have discretion to appoint their members to the revitalized TGoNU, the civil society may set criteria for participation in RTGoNU such as human rights abuses, holding constitutional position in previous governments, corruption and willingness not to contest for election and untainted record. As regional and international partners are either guarantors or witnesses of this Agreement, they should work closely in making the cost of non-implementation higher than the cost of implementation by maintaining and imposing more sanctions for those who will obstruct the implementation of this Agreement.