Opinion: Juba City Council: Where does it fall between the State and National Government? 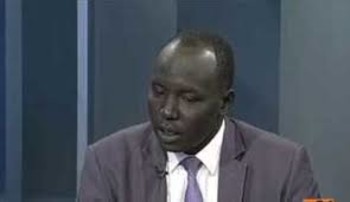 This serves as an advisory opinion to urgently clear the dilemma on the status of Juba city and its supposedly management and administration. For far too long, I have observed total non-compliance with provisions of the Transitional Constitution of the Republic of South Sudan, 2011 as amended. Neither the National Government nor the state had ever thought to address this matter.

For now as many of you are aware, the great city of Juba falls under the jurisdiction of state government including appointment of City Mayor and deputies by the State Governor, the legislative council and entire administrative units without any involvement of the national government. However, no one ever dares to ask as to where the State Government gets such authority from?

Without proper intergovernmental linkages as provided under article 50(4), 166(1) and (2) of the Transitional Constitution read together with provision of section 15 of the Local Government Act 2009, the current executive powers used by the State government over Juba City are unconstitutional.

In an express term, article 50 (4) of the Transitional Constitution provides that ”the city of Juba shall be National Capital of South Sudan and the seat of the National Government. Its territory and administration shall be "defined" and "regulated" by law.

Notwithstanding the fact that Juba city serves as twin National Capital City and also seat of the State Government, it is a matter to be addressed by law which includes demarcation of the National Capital Territory and the land that shall belong to the state government so that there is boundary between the two governments. This is the law referred to by the provision of article 50(4) above which has in fact overdue since 2011. The primary initiator of this bill is the National Ministry of Land, Housing and Physical Planning but they have not done it until date.

In conclusion, I advise the National Government led by the President to correct this violation of the constitution by taking over the control of Juba City as National Capital Territory including appointment of City Mayor, and deputies and other relevant management bodies, pending enactment of legislation stipulated by article 50(4) of the transitional Constitution.

The author, Beny Gideon Mabor, is an attorney and South Sudan Human Rights Commissioner and can be reached via: benygmabor@gmail.com. Disclaimer: the views are solely mine and do not represent any institution or government.