Opinion I Politics vs Science: The saga of Jonglei Canal 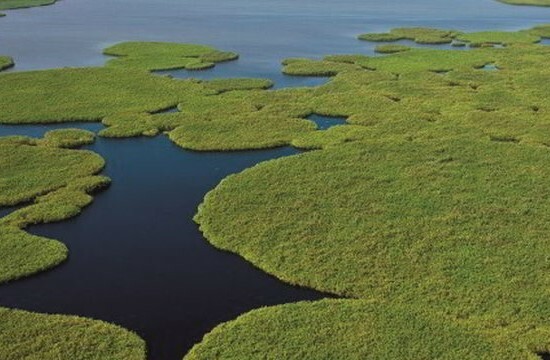 For months now, after the country’s vice president Taban Deng, made public a plan to have a half-completed colonial-era Jonglei Canal project revived, protracted debates flood the South Sudanese social media. Clear-cut and distinct camps emerged. On the one hand, a group comprising mainly academia and some members of the public want the plan halted but on the other hand a need for the revival of the colonial-era project is being advocated for by those suggesting that a completed Jonglei Canal would mitigate the recurring floods in the country.

Recently, another component is added to the debates—the dredging of the Bahr el Ghazal basin. This, after dredging equipment, was reported to have arrived from Egypt to Unity, one of the country’s 10 states worst hit by the floods.

Since 2019, parts of Unity, Jonglei, and Upper Nile states, continued to witness the worst floods in decades. Hundreds of thousands of residents have been uprooted from their homes without food, shelter, and access to healthcare services while several thousand others remain stranded in the floodwaters. In the media, appeals for humanitarian intervention by officials in the aforementioned states hardly miss headlines.

Yet, three years on, no studies have been conducted by the government. A battle for narrative over the Jonglei Canal project is now the order of the day. With the debates taking some forms of hate speech, the flood-stricken populations are torn apart.

In 1907, Sir Willams Garstin proposed Jonglei Canal. The idea was to increase the volume of water downstream to Sudan and Egypt for use in agriculture. About. About forty years later, an
Egyptian government study approved of the idea and began its implementation.

After the independence in 1956, the Jonglei Canal project remained alive. But it had since been a cause for alarm among Southern Sudanese elites. So, in 1984, seven years into the excavation works, the Jonglei Canal became a history of the past after it was greeted with catcalls by the Sudan People’s Liberation Movement/Army (SPLM/A).

The battle for the narrative

According to opponents, apart from water security threats, a completed Jonglei Canal would pose throughout the riparian states along the Nile, and the Sudd wetlands; one of the world’s largest freshwater ecosystems would be affected. Our country is home to a large fish species sustained by the wetlands. Also, fears of climatic and economic impacts are of concern.

For proponents, however; when Jonglei Canal is completed or if our rivers are dredged, the level of the rising floodwaters would be significantly reduced.

While our country’s constitution grants rights to freedom of expression. As the battle for the narrative rages on, everyone is, of course, obliged to exercise their rights without promoting hate speech (as is the case online) to avoid yet another unrest amidst this shaky peace deal. In parts of the country, for instance, officials and some residents, see the dredging as a relief.

Thanks to the presidency, on Monday, a months-long silence over the matter, was laid to rest with the announcement that expertise would be invited to discuss the issue. For many people, however, it remains to be seen what the anticipated government consultations would bring forth.