Opinion | How ethnic politics influenced the resolutions of Tonj, Gogrial and Wau conference? 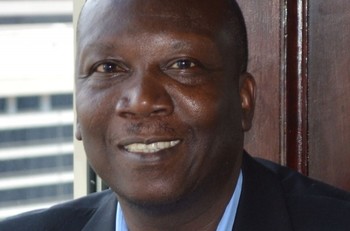 Before embarking into the elaboration of how ethnic politics has influenced the outcome of the so-called Wau Peace Conference, which was concluded on July 6th, 2019. It is essential to make it clear that ethnic politics, tribalism and ethnic domination in South Sudan has been normalized by the political elites and accepted as a standard way of life. In this practice, the over representations of the one ethnic group in political and bureaucratic institutions at national and states levels have rendered minority communities disadvantageous socially, politically and economically. Indeed, it is a state of affairs of which minority groups did not expect to experience after the long and painful journey to the promised liberty and prosperity from the 1950s to July-2011.

To date, there is no a single minority community groups in all regions, states, towns and villages of South Sudan that did not experience domination, political silencing, marginalization, gender-based violence and all forms of human rights abuses. All aspects of livelihoods and socio-economic development are designed to serve the interest of the ruling ethnic group in the country. The ruling ethnic group has mastered the politics of divide and rule of which the central government appoint groups, clans and families that are considered loyal to them within the 32 states and abuses opponents. Further, all the heads of the army, national security organs and the majority of members of organized forces were brought from the ruling ethnic groups to ensure political loyalty and economic influence, as well as ethnic dominants over states inhabited by minority ethnic groups.

These practices were further complicated with the forced gentrifications of which minority lands are bought, grabbed or forcefully displace citizens from their lands. The gentrification in sizing lands of minorities started with the entrance of the Sudanese People Liberation Army (SPLA) when the Comprehensive Peace Agreement (CPA) was signed in 2005. The gentrification practices were initially employed in Equatorian lands in national capital Juba and rural areas and expanded to the Luo Shilluk lands in the Upper Nile to the Fertits and Luo lands in Bahr el Ghazal. These are apparent narratives that the international community has come to understand about South Sudan's political paradigm, failed nation-building process and construction of national identity after its independence. This discourse also gives an idea of why minority groups will continue to experience challenges in negotiating a space of peaceful coexistence in a country with a clear ethnic domination agenda.

For example, in the case of the so-called Wau Peace and Reconciliation Conference was between the two states (Tonj and Gogrial) which are dominated by the members of ruling ethnic groups in the country and the minority Luo ethnic group in Wau State. The Luos were classified as “farmers” and “SPLM-IO rebel” in the conference’s agenda and during the deliberations. The conference concluded with stipulated twenty-two articles with substantial articles that link Luo community to rebellion as a new mechanism of facilitating ways to ethnic cleansing as what has happened to Fertits in Wau, citizens of Yei River State in Equatoria, the Nuers and Shilluk in Upper Nile.

The declarations and deliberations did not make it any clearer that cattle herders Tonj and Gogrial states were the ones who crossed to the Luo areas in Wau states and destroyed their farms, looted properties and killed innocent women and children. Regardless, of constant demands from the Luo community that they do not want armed cattle herders in their region due to cultural variations and the need to protect their farms from cows, the two states perceived waters and grassing lands in Luos areas as a shared natural resource.

They have threatened to come to access these resources, whether the Luo community likes it or not. The Governors of Tonj and Gogrial states have openly rejected the signed terms of the deliberation and insisted that both communities are herders and farmers. If that is the case, make those farmers from Tonj, and Gogrial leaves their farms and their states during both harvest and farming seasons and come to the Luo lands for grassing?... Putting the two groups under the same classifications is by default the continuum arguments that dominant ethnic ruling elites often make that the Luos are already assimilated to their group.

The rejection and of the conference resolution and formal classification of the Luo community in Wau State as rebels give Tonj and Gogrial a default mandate to use state armament against the Luos. The international community is aware of the role of the state in coordinated proxy wars, counterinsurgencies and utilization of tribal militias in South Sudan's conflicts. Therefore, the world should not be surprised if the two states of Tonj and Gogrial come out to join ethnic coordinated attacks against the Luo community in the nearest future.

The author Kon K Madut is Part-time Professor with the University of Ottawa and a Civil Servant with the City of Ottawa municipal government. He can be reached at kmadut@uottawa.ca