Opinion | How can South Sudan and its national interests be defended? 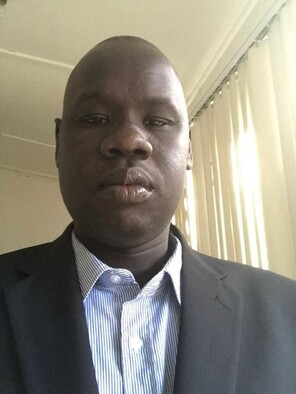 South Sudan doesn't satisfy the basic and most important characteristic of state - the monopoly of violence. In other words, South Sudan has not fully succeeded in holding exclusive right to use, threaten or authorize physical force against the residents of its own territory. For example, South Sudan doesn't have a monopoly of violence since some communities have armed militias controlling and operating across their respective territories. So, what are the causes of these internal insurgencies? Well, the drivers of South Sudan insurgencies include but are not limited to geopolitical and geo-economic competition between China and US in South Sudan, lack of national ideological clarity, poverty and unemployment, ethnic and tribal factionalism and competition for scarce resource such as land and water which is the cause of both Johnson Olony and Thomas Cirilo insurgencies.

In addition to insurgencies, territorial integrity is in question from external threats as there are no well-defined borders as evidenced by encroachments from Kenya, Ethiopia, Sudan and Uganda into our territories. So, the central question is, how can South Sudan and its national interest be defended from both internal insurgencies and external aggressions exemplified by encroachments from our immediate neighbors?

The answer to this central question takes us to what force we may need but we cannot decide what force we need until we have identified what we want them to be able to do-that is our core strategic objectives. Our core strategic objectives should be; firstly, to defend South Sudan independently from current and future internal insurgencies by defeating and isolating insurgents from the population, secondly, to protect and defend oil facilities, minerals mining sites such as gold mining site and water transport route, thirdly, to defend our national borders from encroachment from our immediate neighbors into our territories and fourthly, to substantially contribute to the collective defense of its regions.

After having identified our core strategic objectives, the next step is to decide what kinds of operation could be most cost-effective to achieve these objectives, that is development of military strategy to guide our force planning. The priority task for the SSPDF is the defense of South Sudan. Our approach is shaped by the following principles. First, South Sudan must be able to defend itself and its vital national interests independently without relying on others for help or aid - the doctrine of Standalone defense of South Sudan. Second, South Sudan needs to be able to control the air and riverine approaches. Third, although South Sudan’s strategic posture is defensive, we would seek to attack hostile forces at our immediate borders around the country - All round defense. To achieve the task of defending South Sudan against internal insurgencies, counterinsurgency operation is recommended. This Counterinsurgency strategy like the one outlined by Colonel Peter Connolly, requires a careful balance between the ability to win the support of the people, and a finely honed close combat ability which can crush the enemy with precision whenever and wherever the opportunity arises. The South Sudan military is to independently dominate the threat while maximizing influence on the people and the environment. To do this, I propose the following operations; first, the government must liberate or free water route from Juba to Malakal which had been prohibited by the rebels forcing the government and oil companies to re-supply the state by air. The ability to re-supply this key state by water would permit much greater quantities of provisions to be sent there much more economically than by air. The commodities could also be transported through the Nile from Sudan to Juba which will stabilize the prices of good in the market. Second, SSPDF must capture the insurgents’ safe havens such as tactical headquarters and their main in-country logistic depot. Third, forward deployment along the borders with neighboring countries. While attacking directly at rebel base areas with in South Sudan is a key first step in defeating insurgents, the government can only succeed by prohibiting the insurgents’ supply routes into South Sudan.

The operational philosophy similar to one adopted by coalition forces in Afghanistan is to secure the people, to influence the population and insurgency and to develop infrastructure and capacity with in South Sudanese communities.

The “Secure” line of operation is to protect people by dominating the insurgents and denying them support. This is done through dispersed operation by establishing outposts and saturating the area with unpredictable section and platoon group patrols and by living among people to gain their trust and thereby winning the hearts and minds of the population

The “influence” line of operations aims to develop and maintain a positive perception in the minds of all relevant audiences in relation to the capabilities of South Sudanese government and SSPDF. By developing the trust of the population in the government and the counterinsurgency force, we seek to separate the insurgents from their support bases. The influence line of operation emphasizes the great importance of actions by soldiers at the local level to influence and convince the people. SSPDF will need to adopt philosophy that all their actions including maneuver, and key leader engagement would influence perceptions.

The “develop” line of operations seeks the provision of infrastructure and the empowerment of local communities with the aim of enhancing local national support for the South Sudanese government and the SSPDF.

The standalone defense of South Sudan Doctrine requires mandatory national service and force of hundreds of thousand personnel and funding of 2% of GDP. This force must include the current servicemen, unified force and new recruits from all ten states based on individual abilities rather than loyalty to the parties. I’m pessimistic of unified force of 83000 personnel drawn from the parties according to the agreement as these forces could take sides should there be any problem that arise among the parties such as during the election or armed uprising/insurgency. This was the case in Ivory Coast in which forces loyal to various presidential candidates took sides when election outcomes were disputed and returned the country to full scale violence. I recommend the unified force to be deployed to defend borders and oil facilities while the remaining neutral force operate as mobile striking force anywhere in South Sudan to fight the insurgencies and secure the large cities.

The author Akoon Maker Maluach is a former student of Strategic Studies at the Australian National University (ANU) Strategic and Defense Studies Centre. He can be reached at akoonmaker@gmail.com.