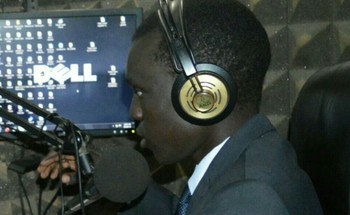 Yes, I have high hopes in the expected Nairobi round of Talks between the South Sudanese Parties.

To those who may not be knowing the last month’s Summit of the IGAD Assembly of Heads of State and Government decided that President Omar Hassan Al-Bashir of Sudan shall inform President Uhuru Kenyatta of Kenya of the outcome of the discussion between the parties in the Khartoum Talks.

Further, the Summit decided that President Kenyatta will facilitate the third round of face-to-face discussion between President Kiir and Dr Machar in Nairobi “to facilitate the revitalization process and report the outcome and way forward to the upcoming Ordinary Session of the IGAD Assembly of Heads of State and Government.”
Well, as the norm now, it is expected that the Nairobi Talks will be inclusive of the other South Sudanese HLRF parties and stakeholders, not just Kiir and Machar.

Some of the reason for my high hopes in the expected Nairobi Talks include:

1- Unlike those who directly took part in the armed conflict, Kenya took a largely neutral stance since the war started, except that within the nearly past two years, their relationship with the major opposition in South Sudan, the SPLM-IO led by Dr Machar deteriorated, mainly due to the widely reported deportation of Machar’s spokesman James Gatdet and other senior members/sympathizers of the SPLM-IO, etc. But for the purposes of the Talks and finding a comprehensive peace to South Sudan, both should be able to work-out a way forward and rebuild the confidence needed and guarantees for the safety of SPLM-IO leadership participating in the Talks for the success of the process. And they can, since recently their relationship started to improve. The new, peaceful political climate in Kenya created handshake and the hug between President Uhuru and Rt. Hon. Raila Odinga appears to be greatly helping in this aspect for the success of the South Sudan Peace process.

2- Kenya has a very special place in the History of South Sudan, especially with respect to the 2005 Comprehensive Peace Agreement CPA upon which our independence was founded.

3- Kenya is by far the most democratic in the region. Kenya has the most progressive Constitution around with their citizens enjoying rights and freedoms which we don’t. (NB: I say the above without prejudice to the rights of those, who, in one way or the other experienced or felt injustice in Kenya-be it South Sudanese, Kenyans, or any nationality.)

Further, there is a lot in common between Kenya and South Sudan, not only in trade but in relation to the spirit upon which the CPA intended our Country to have been founded upon. Sadly, and I say this with full confidence, that when we secured our Independence by voting overwhelmingly for secession in our January 2011 referendum, our leaders changed the game, they adopted dictatorial tendencies and installed a system not envisioned by the CPA, e.g. we have a Constitution without Constitutionalism (see attached articles and how that is significant in creating/exacerbating conflicts.)

In fact, the system our leaders have imposed on us since we won our independence is evidently worst, or at best, not different from the system we struggled against for several decades. Even we are being mocked today that the nature of killings, brutalities and suffering happening in our young Country never happened anywhere in the World—not during our liberation struggle, and not even in any Country in recent decades. (A little exaggeration might there by those who make such assessment and one would need to do more research on this… but it’s clear that we are among the most corrupt countries today in the world, and the nature of our war since 2013, including the tribal, inter-tribal aspect of it, and all other despicable forms of killings, gross human rights violations and brutalities have been unprecedented. Even the real/approximate (official) figure of those who lost their lives since the war started up to now has not been revealed.

So, in this area, in relation to the principles of Constitutionalism, and all of its nice features, including the right to life and respect for human rights, which are lacking due to the nature of our laws because our leaders played us during the Transitional Constitution making in 2011 when most of us gave them full trust or were still busy celebrating our overwhelming win in the Referendum without much attention to important matters, or got intimidated and not listened to during that process, Kenya has the moral responsibility and stands the best chance to help our leaders and Country rediscover and adopt what the CPA (our liberation war) sought.
It is a clear fact that what we have today in South Sudan, is not what we voted for, is also not what our liberators shed their blood for, and is not what Kenya, the region and the world wanted for us when they supported our just cause to peace, freedom and right to self-determination (referendum/independence).
Kenya and the world can help us by ending this conflict and creating a conducive environment for us to be able to discuss and come up with a Permanent Constitution for our Country, in line with the letter and spirit of the 2015-Igad Mediated and World-backed Peace Agreement (ARCSS) which we currently look forward to seeing its revitalization through the HLRF succeeds.

A statement released this morning by IGAD Information and Documentation department quoted The Executive Secretary of IGAD Amb. (Eng.) Mahboub Maalim telling the 34th IGAD Committee of Ambassadors that “…the South Sudan Peace Process has registered tremendous progress in Khartoum and Kampala.” And that they “are looking forward to finalizing the agreements in Nairobi.”

However, let me end by quoting my last article, which I still stand by:

“In case the South Sudanese Parties and Stakeholders continue to differ over their interpretations of the IGAD communique establishing the HLRF to the extent that they fail to discuss and agree on a comprehensive peace agreement that is implementable and equally important, addresses the root causes of the conflict and the major issues for fundamental change in the Country, IGAD should issue urgent resolutions with explicit provisions detailing/expanding the mandate to the HLRF.

“The resolutions should set clear parameters for the peace talks through the HLRF to include, inter alia, the fundamental issues facing the Country as raised herein and the articles attached. The IGAD resolutions should as well incorporate rectifications to the lessons learned from ARCSS failures, without altering the relevant provisions of ARCSS, the “Revised Bridging Proposal” and positive achievements made by the HLRF. Then IGAD should speed up the HLRF with clear areas for discussions and agreements needed from the parties and stakeholders including the civil society.....
Finally, if IGAD is too reluctant to come up with a new peace process or help expand the mandate of the HLRF given the justifications above, and in case the South Sudanese Parties and Stakeholders continue to differ over their interpretations of the IGAD communique establishing the HLRF to the extent that they fail to discuss and agree on a comprehensive peace agreement that is implementable and equally important, addresses the root causes of the conflict and the major issues for fundamental change in the Country, then it means the African Union and the United Nations should step in more actively than before and roll-out a new peace initiative to rescue the people of South Sudan and help transform the young nation into a democracy. This will as well need cooperation from South Sudan neighbours and IGAD, albeit to a different degree.”

To understand related topics, read my various in-depth Observations and Recommendations on the outstanding issues facing the South Sudan Peace Process (proposals) on the links below:

2-On making the Agreement implementable
http://www.sudantribune.com/spip.php?article65816

3-On Some of the Root Causes of the Conflict: the question of Federalism and States number
http://www.sudantribune.com/spip.php?article65741

4-On ensuring separation of powers and effective checks and balances:
http://www.sudantribune.com/spip.php?article65719

5-On Gen. Malong’s SSUF status and a binding agreement on all parties
http://www.sudantribune.com/spip.php?article65409

Roger Alfred Yoron Modi, a South Sudanese journalist, is the former Managing Editor of Juba Monitor Newspaper and former Chief Editor of Bakhita Radio. He can be reached via his email: rogeryoron@gmail.com