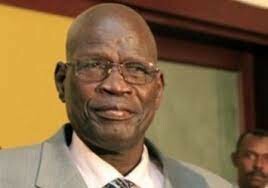 “Characterize people by their actions and you will never be fooled by their words”.

The Late Gen. John Kong Nyuon ultimately passed on in a Kenyan Capital; Nairobi, on 26th Dec 2022, one week after he was taken there for a tardy medical attention. The Doctors diagnosed or stated no clear cause of his death. As you all know, Late Gen. John Kong hailed from Jonglei State’s Fangak County.  He was/is a revered Father and Leader not only in Jonglei State, but also in South Sudan as a whole. During the struggle, he “fought a good fight” in the both wars (of Anya Nya I & II—SPLM/A) until South Sudan finally attained its independence from Sudan in 2011. To paraphrase, South Sudan as a country has lost a true Freedom Fighter; a veteran liberator, a statesman—principled and a democratic leader. Rest in Peace!

Legacy is literally defined as one’s own property, personal will and a unique way of doing things that a person leaves behind for others to imitate, pursue, implement or put into practice or use afterwards. Legacy can be of the materials things e.g. money, war, love and respect. Legacy, sometimes has negative or positive impact on the lives of the other people depending on the person’s character who has left that legacy behind. For example, a legacy of the warlords or a legacy of WAR itself always leave (s) behind a perpetual pains and sufferings. So, what is the Legacy that Late Gen. John Kong Nyuon has left behind for us (the South Sudanese people)? To me, Late John Kong has left behind for us a legacy of love, respect, peace and progress. He was a man of his words. He entirely was working for what benefit the people he represent and general public’s interest. He could not incite (corrupt to bribe) this or that part of community to fight against the other part in an attempt to get popularity or political support. His actions characterized him well. Gen. John Kong Nyuon was neither a destructive nor a corrupt Leader.

He was a law abiding senior citizen; a principled and democratic leader. Because of his principles, you may deliberately design an evil idea somewhere, approach or try to lure him into a wrongdoing; violence or into a corrupt action, he would quickly detect your plan and bluntly disagree with you forthwith by saying “Ɛ Liip-Raar”. For instance, Late Gen. John Kong Nyuon once served as an MP, in 2005-2010, representing Fangak County at the Regional government (GoSS)’s Legislative Assembly in Juba. And when the CDFs—Constituency Development Funds was released in 2009 by National Government, some SPLM party’s members (names withheld) went to him and suggested that he (Gen. John Kong Nyuon) to pick and use some of that CDF money for his own welfare as MP. That “you’re a veteran freedom fighter; liberator and an Area’s MP, so you deserve a portion from this money to compensate your sweat which spilled during the twenty-two (22) years of struggle”.

In his reply, he instantly said “Ɛ Liip-raar” and continued “we fought to construct the nation (areas) destroyed by war but not to compensate ourselves as leaders or eat people money—the CDFs”. So, as he wholly used that CDFs for public and constructed three (3) full permanent primary schools in Fangak County. Another example, in early 2013, he went to Fangak County’s HQRs, Phom Elzaref, to solve a certain Administrative dispute which occurred between the County’s Commissioner and the County’s people. By that time, Gen. John Kong was a South Sudanese’s National Minister of Defense & Veteran Affairs and at the same time a Fangak County Community Association’s Chairperson in Juba. So, upon his arrival, in the County’s Headquarters, an armed man unexpectedly picked-up, moved towards Hon. John Kong with his AK47 and attempted to kill him (Gen. John Kong)—a National Minister of Defense. The SPLA Forces present and bodyguards guarding Gen. John Kong Nyuon, immediately jumped in and forcefully pushed to the ground the man. However, Gen. John Kong intervened; prevented his bodyguards from harming the man. Instead, he said “this young man has misunderstood or was misinformed about my coming to the County’s HQRs, though he has right to express his own opinion but not violently, the way he had just attempted”.

Yet again, Gen. John Kong just ordered the man be released despite the mistake (the crime) he committed. All these practical actions, characterized Gen. John Kong Nyuon unlike other local, State and National leaders who can speak best words in public but implement different things (corruption, violence and tribal acts) latter. Therefore, at local, sub or even national level, Late Gen. John Kong Nyuon was nicknamed and widely known as “Ɛ Liip-raar”—loosely translates in English as “Let that wait aside”. He earned this nickname because of his practical willingness and stern actions he had or used to take always in the public’s interest. He was not fond of using a power—authority conferred upon him by the constitution and the law against the people (the citizens) he leads. To the author, Gen. John Kong Nyuon’s Legacy is worth imitate and need to be followed by all South Sudanese people.

“Characterize people by their actions and you will never be fooled by their words”.

Has the Late Gen. John Kong's Legacy been betrayed? Yes, to me, South Sudan has betrayed Gen. John Kong Nyuon’s Legacy. And I suspect, the current political impasse—lack of progress in South Sudan, especially in the Peace’s process since 2013 was the root cause of Late Gen. John Kong’s death. He lived with that sickness for quite sometimes. Why, because in South Sudan today, all the peace-loving people who do not appreciate violence or who do not support corruption are have become the victims and are considered as weak as valueless human beings. Nobody can even talk about you, if you unconditionally love peace and progress. Nobody can ask even of your whereabouts, how you’re doing there as a national figure. While the very leaders who sabotage peace and progress are the ones being celebrated as the best and wise leaders in the current political atmosphere.

This is because of corruption, greed and tribal mindsets. And no one dare telling them that what they are doing is against the future of South Sudan. Instead, so many senior citizens at the national level call this as politics. It is not politics. It is violence! A wise world term it as “an absolute lack of patriotism, nationalism or a pure foolishness by itself”. I am one of those citizens who “characterize people (Leaders) by their actions”. I am therefore “never be fooled by mere words” without actions. “Actions speak louder than words”. South Sudan went to war against itself in Dec 2013. And if its leaders mean what they say, the TGoNU would have implemented in good faith; spirit and letter the 2015 signed Peace Agreement (ARCSS) as well as the R-TGoNU for the case of the R-ARCSS signed in 2018.

Now look at how our ordinary citizens are still sufferings across South Sudan and in the regions. Why are we defacing our nation like this? The Late Gen. John Nyuon and other South Sudanese veteran freedom fighters “fought a good fight, finished the race and kept the faith.”(2 Timothy 4:7). But we who are alive have betrayed the “good fight” that they “fought” in the interest of this nation. So, if we need our heroes and heroines to stay proud in their graves, let’s now start-it over, implement and put into practice Gen. John Kong’s legacy “Ɛ Liip-Raar—let that (corruption, violence, sabotage & tribal mindsets) wait aside” so that Peace and progress prevail in our country, South Sudan. Allow peace reach every corner of South Sudan and then build monuments for all our departed heroes and heroines!

The author Bol Khan is a South Sudanese citizen; Peace and Rights’ Activist. He can be reached at khanrom8@gmail.com.