Opinion | Crisis in Sudan: Will Sudanese mediators unlock the impasse? 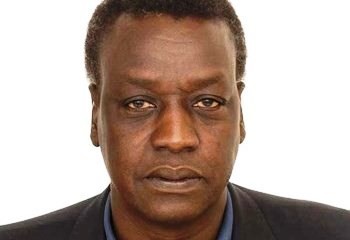 The Optimism for the New Dawn in Sudan

Since the eruption of the Sudanese popular uprising on 19th December 2018, the protesters have made history not only in unseating one of the longest serving dictators on the continent, Omer El Bashir, but also their determination and persistence have stunned the world and emulated uprising in other African countries. Their resilience and perseverance are changing everyday the Sudanese political marketplace as reflected in cleansing the Transitional Military Council (TMC) from members allied with former regime of Bashir. The African Union and international community are in support of the call by the protesters for the TMC to transfer power peacefully to the civilian transitional government. With internal and external measures, the TMC has agreed with the protesters on most transitional arrangements except the composition and leadership of the ceremonial transitional sovereign council.

The Setting in of Despair

Despite such progress in negotiation between the TMC and protesters, the uprising in Sudan reached a boiling point on June 3 as TMC lead directly or indirectly the violent attack on the sit-inners and protesters that resulted in more than 35 brutally killed, more injured, the crackdown of sit-inners and many have been arrested including Yasir Saeed Arman. Some described this incident as the massacre of the Sudanese National Army Headquarters. AU, UN and international community have condemned this violent attack on peaceful demonstrators and called for a thorough investigation. Amnesty International has called on the international community to impose sanctions on members of TMC responsible for deadly attack on innocent and sleeping protestors.

What is very disheartening is the timing of this violent attack on the peaceful protesters who inspired the world of their civility and persistence that have undoubtedly contributed to cleansing the ugly image of Sudan created by three decades of misrule of political Islam agenda. The attack came at the time when there was optimism as the TMC and protesters were about to conclude agreement on the composition and leadership of the transitional ceremonial sovereign council. Also the timing of attack was so unreligious as it coincided with the last days of the holy month of Ramadan when the Sudanese and protesters wanted to enjoy and celebrate the festival of breaking the past; Eid al-Fitr. This deadly attack on protesters raises many questions about the motive, the future of uprising and prospects for unlocking the impasse.

Now the TMC and the protesters have almost reached the point of not seeing themselves again. The TMC has cancelled the previous agreements on transitional arrangements and called for general elections in nine (9) months. The opposition on the other hand suspends talks with TMC and calls for general strike and mass disobedience with intention of forming its civilian transitional government without TMC. These extreme positions of TMC and opposition made some observers to paint a pessimistic future of the Sudanese uprising that may end up like that of the 2011 Tahrir Square revolution in Egypt and the 1989 Tiananmen Square protests in China. Although these three uprisings are not the same but they have one thing in common, the ability of military-led governments and autocratic state to crackdown any protest or uprising that challenges their legitimacy and power. Yes, the Sudanese protesters may have a chance to break this cycle of state or military subduing the uprising but this will require sophisticated and innovative forms of resistance as the regime may curtail access to internet and social media as the main strength and power calculus of the protesters.

Why Change of Heart by the Military?

Many observers and even protesters agree that the decision of the TMC to unseat the former president Bashir was in response to the persistent pressure by the protesters and it was not a coup d’état. Importantly, the dynamics of resignation or removal of some members of the TMC who were seen as part of the regime of Bashir and series of arrest of senior members of the National Congress Part also indicated that TMC has been adhering to the demands of protesters to erase the remnants of the former regime. Also the much-appreciated agreement between the TMC and the opposition on transitional arrangements including transitional technocratic government to be formed by the opposition and formation of transitional legislature with the opposition having two-thirds of its members was again showing that TMC was in favor of the opposition. There were also incidents when the army sided with protesters or even protected the sit-inners against other security forces that intended to crackdown the sit-inner demonstration.

During his speech to traditional leaders, the deputy chair of the TMC, Dagalo (Hemeti), was clear of his intention to crackdown the uprising and sit-in demonstration. Although there are conflicting views of whether TMC directed the attack of the sit-inners and protesters, most sources seem to confirm that the rapid deployment forces under the command of the deputy of chairperson of TMC were responsible. Unfortunately, the chairperson of TMC seems to succumb to the political agenda of his deputy who is unfortunately an extension of former regime and political Islam agenda. The call by the chairperson of TMC for general elections in nine (9) months is another way of handing over power to the former regime and Islamists, the option abhorred by the protesters and Sudanese people.

Besides this internal dynamics and power struggle within the TMC and to gain internal support from religious clerics, traditional leaders, and former regime and political Islamists, the TMC made diplomatic shuttling to support its agenda of maintaining leadership during the transitional period rather than transferring power to civilian transitional government. The visit of the chairperson of TMC to Egypt, Emirates and South Sudan and that of his deputy to Saudi Arabia as well as his attendance and address to the meeting of the Organization of Islamic Cooperation in Mecca in Saudi Arabia provided the necessary support for TMC not only to crackdown the protesters but also to maintain power as an effective way of weakening political Islam and Shiite influence in Sudan. This diplomatic shuttling of the TMC resulted in a commitment of Saudi Arabia and Emirates of immediate transfer of USD250 millions to the Bank of Sudan out of USD 3 billion for stabilization of the economy of Sudan during the transition period. Some analysts argued that the Arab autocrats are deliberately intending to foil the much-needed transformation in Sudan[1]. In other words, the TMC got not only political and diplomatic support from its most important neighboring countries, Egypt and South Sudan, but also financial guarantee from Saudi Arabia and Emirates.

Will Sudanese mediators unlock the impasse and provide hope?

The internal and external factors have undoubtedly contributed to the current deteriorating crisis in Sudan that may reach a violent confrontation and chaos as happened in Syria and Libya or post-uprising political environment similar to Egypt. Sudanese are different from Syrians, Libyans and Egyptians as they have memories of 1964 and 1985 and they are determined that the Sudan of Bashir and his political Islam will not remain and it will eventually be supplanted by a new Sudan that reflects the aspirations of protesters and people of Sudan. Despite the political, diplomatic and financial support received by the TMC to continue in power, the people of Sudan are determined to have a civilian transitional government. Yet, the protesters may need to come to recognize that they will not have transitional arrangements without the TMC. The real challenge for the opposition and protesters is how to influence the power dynamics and struggle within the TMC to support their long-term agenda of transforming Sudan into a democratic country and away from the thirty years of misrule by political Islam.

While the opposition is understandably unwilling to negotiate again with the TMC after such horrific massacre, the TMC is even taking unilateral and unpopular path of conducting unrealistically general elections in nine months. Despite these opposing positions, there is a need for Sudanese to resort to their wisdom and potentials of resolving their own problems. This confrontation and uncompromising positions of the TMC and opposition would lead to nothing but only violence and despair. With the current uprising, Sudan has emerged as a nation of inspiration and hope that can be crowned into a peaceful transition that would put Sudan on the path of democratization and sustainable stability. So confrontation is not an option but dialogue despite bitterness and agony is the only option to unlock the current impasse.

The initiative by eminent Sudanese personalities including the well-known and highly respected journalist, Mahjoub Mohamed Saleh, to find a Sudanese homegrown solution to bridge the gap between the TMC and the opposition needs to be embraced by the TMC and the opposition. Their proposal of sharing equally the membership of transitional sovereign council with military being in leadership in the first one and half years of transitional period and civilians to assume leadership in the remaining period is the best and realistic way to unlock the impasse and restore the hopes of Sudanese and protesters. The TMC is aware that they cannot be active players during the transition period without the opposition and the opposition is cognizant of the critical role that could be played by the TMC in maintaining law and order during the transition period. Giving this existential synergy and interdependence between the TMC and opposition, the leadership of both parties has moral duty to respect the sacrifices of Sudanese people and to come together for a genuine dialogue under the auspices of Sudanese mediators and to crown and honor the selfless sacrifices of the Sudanese and protesters with a better, stable and prosperous new Sudan.