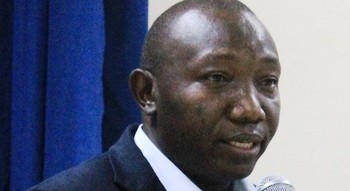 Al-Sabah Children’s Hospital is the largest and one of the best-funded children’s health centers in South Sudan. Unfortunately, it could also be ranked as one of the most poorly manned healthcare centers in the country. I chose to go public because of my shocking and sad experience with this hospital. May be this alarm will help save one life.

I had no knowledge of the level of ineffectiveness of health facilities in Juba until I had a practical experience trying to save the life of my child. My little son was born on March 12, 2019 at a health center in Gudele, a suburb of Juba City. The midwife who attended to my wife refused to accept my sister and a couple of elderly female relatives who wanted to witness the birth of the child and provide any help during the delivery. This particular midwife was unprofessional and very arrogant. I am told this is a common behavior among midwives in Juba. Unfortunately, I have heard of terrible experiences of women on labour in the hands of these midwives.

Few hours after birth, my baby started crying non-stop and his body temperature was very high, a sign that there was a problem. We rushed back to the clinic where he was born. The doctor immediately admitted him, gave some medication and discharged him four days later. His condition did not improve. I asked a doctor at the clinic the cause of the problem. I was told my baby had neonatal sepsis, an infection contracted during delivery. I further asked how that could happen when the child was born at the clinic. The doctor said it happens especially if the environment during birth was not clean, the umbilical cord was not well managed during birth or the baby was carried in dirty clothes.

My baby continued crying for 12 days of his short life, with high fever and he could not breastfeed. Our attempts to seek for second opinion landed us at Al Sabah Children’s Hospital.

Two young doctors were very quick to attend to us. They gave the child paracetamol syrup and sent us to a laboratory for blood tests. From the laboratory we were sent back to the doctors to prescribe treatment based on the test results. The doctor wrote a three-page admission form with a list of drugs and sent us to the neonatal ward in the hospital where I was shocked- there were no nurses in the neonatal ward for a couple of hours.

The ward was full of children and some parents who did not find space used mats and mattresses on the veranda as they sought help of health care professionals at the hospital.

After waiting for about 20 minutes, two nurses came to the ward. I rushed to them with my child and asked for help. One said she was tired and was already going home. The other said she was working in a different ward. They looked around and walked out of the ward. After about 45 minutes, the nurse in the other ward returned to the neonatal ward and asked me to take the child to her. I did. She gave the child an injection and said another injection would be administered late in the night while one would be in the morning, the following day.

My child was admitted in a special room. The room had leftover bottles and tubes of drip hanging on two different drip holders, used wooden tooth brushes on the windows and table, used cotton on the floor, spills of liquids on the window, the table and the floor. The room was dirty with terrible smell and there was literally no clean space to place anything like a cup, food or bottles of water.

The toilet sink and its surrounding were full of human waste products. Used hospital materials, leftover food littered the garbage area. An elderly lady, who appeared to be quite familiar with the situation in the hospital told my wife that the appearance of the area would be worse if it started raining.

I arrived the hospital at about 6:20am the following morning and the main hospital gate was locked. I knocked. A woman standing on the inside walked slowly to me and said there was nobody around to open the gate. Speaking slowly but seemingly in a miserable state, she said her child died at about 2:00am and since then she was sitting by the gate waiting for someone to open it so she would take the body home. She pointed at a man seated by the gate holding a child on his laps and said that was the body of her child. At that point, I became quite emotional.

I turned to another man sitting by the gate outside, holding a child in the dark. I greeted him. He responded and he told me he arrived at the hospital at about 3:00am with his child, seriously sick but there was just nobody opening the gate. I went to the gate and banged it several times so hard that one of the guards sleeping in the security room rush to the gate and opened it. The man with the sick child got up and ran to the hospital’s reception. The woman with the dead child left. In less than five minutes, it started raining. It was likely that the rain got her not far from the hospital. It was obvious that we had to immediately leave the hospital early that morning and look for better services elsewhere.

Al-Sabah Children’s Hospital appears to be well supported by the Ministry of Health and all major development partners in South Sudan including Canada, European Union, UKaid, United States Agency for International Development, Save the Children, UNICEF, etc. Emblems of the ministry of health and these partners could be seen on almost every single structure at the hospital.

The level of attention and support to the hospital is not reflected in the services the hospital offers to patients. Absence and reluctance of nurses in the wards and the unhygienic environment of the hospital could be a result of complete breakdown of administration at the hospital. It could also mean the hospital staff are so poorly motivated that they perform their duties below expectation and nobody in the management could hold them responsible to their job descriptions.

With the facilities and infrastructure in the hospital, only a small change in the level of response and effectiveness of the medical staff is required to make a big difference in the lives of children. There is need for an urgent attention to the situation at the hospital by the Ministry of Health and the management of the hospital. Keeping the main hospital gate locked with guards sleeping at night is very dangerous during emergencies. The management of the hospital should consider keeping the main gate open at all time with guards awake to carry on their duty to maintain security.

Mr. Rajab Mohandis is a South Sudanese based in Juba. He works for the Organization for Responsive Governance, advocating for a peaceful, democratic and prosperous South Sudan. He can be reached via email: rajabmohandis@gmail.com