Opinion: A crossroads for peace and justice in South Sudan 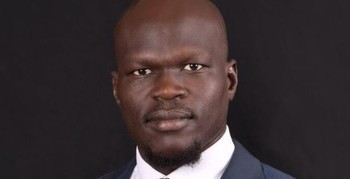 The Revitalized Agreement on the Resolution of Conflict in the Republic of South Sudan (R-ARCISS), signed in Khartoum on 12 September 2018, has brought South Sudan once more to the precipice of peace, amidst a tremendous amount of skepticism in the region and around the world. South Sudan and its neighbors have already seen repeated attempts at reconciliation result in further political conflict, economic instability, and war.

On 31 October 2018, South Sudan rejoiced in celebration of a peace agreement that has yet to be implemented.  With the most difficult work left to be done, it is clear that the Government of South Sudan is only able to build confidence in the agreement when it takes steps to resolve the status of political detainees and prisoners of war, as was the case the day of the peace celebration with the release of James Gatdet Dak and William Endley. All parties to and observers of the agreement know that resolving the issue of unlawfully detained citizens is vital in order for the peace process to take hold.

Indeed, R-ARCISS contains provisions requiring the release of all political detainees and prisoners of war.  On 27 September 2018, the President of the Republic, Salva Kiir Mayardit, issued Republican Order Number 17, broadcast on South Sudan Television and viewed on private electronic and print media across the East African region.  In the decree, President Kiir ordered that all political prisoners be released with immediate effect under the supervision of the International Committee of the Red Cross.

Despite this order, many unlawfully detained citizens remain confined behind bars in South Sudan. Some have been held for months, others for several years, without charge or due process, inside the Blue House, the headquarters of the National Security Services (NSS).

The surest path for South Sudan to build confidence in its capacity to implement the peace agreement and integrate into the norms of justice upheld by the East African Community (EAC) is to resolve the status of the remaining prisoners. The EAC has taken a sharp stand against arbitrary detention and committed its member states to uphold the highest standards of justice in accordance with the rule of law.

For this reason, at the behest of his friends and associates, the Pan-African Lawyers Union (PALU) has sued the Government of South Sudan at the East African Court of Justice (EACJ) in Arusha, in regard to the arbitrary arrest and unlawful detention and torture of the South Sudanese businessman and philanthropist, Kerbino Wol.

In his journey from child soldier to entrepreneur and philanthropist, Kerbino Wol stands as a living example of the success and dignity that South Sudan, and especially its younger generations, can hope to achieve.

Kerbino joined the Sudan People’s Liberation Army (SPLA) at the age of twelve, becoming a member of the “Red Army,” a contingent of child soldiers. Following the independence of South Sudan in 2011, Kerbino began his business career as the CEO of Kerbino Agok Security Services (KASS), a private security company headquartered in Juba. As a businessman and entrepreneur, Kerbino created thousands of jobs for his fellow citizens and took pride in offering high-quality services from a company owned and operated in South Sudan. As a philanthropist, Kerbino started the Nile Foundation to educate and empower young people across the country. The Nile Foundation organized business training workshops for students and multicultural football matches for IDPs. Kerbino’s vision was to invigorate the youth of South Sudan through these events, guided by the conviction that South Sudan can reach its full potential only by providing the youth with the necessary skills and knowledge to thrive in the 21st-century global economy.

On 27 April 2018, Kerbino Wol was arrested by the NSS and detained without charge at the Blue House. Even though the South Sudan Constitution affirms that a suspect must be produced in court within 24 hours of arrest, Kerbino has never had a day in court, nor has he or his family been informed of the reasons for his arrest and imprisonment. The political activist Peter Biar Ajak has been similarly detained for several months inside the Blue House.

Prisoners in South Sudan have been subjected to torturous conditions, and given insufficient and unsafe food, water, and medicine.  Their families, friends, and lawyers are routinely denied access to them.  Some have been held for long stretches in solitary confinement, and others have simply disappeared.

In the early hours of Sunday, 7 October 2018, prisoners inside the Blue House peacefully took control of the prison and attested to these cruel and unlawful conditions. Immediately requesting the intervention of neutral bodies who could negotiate without force on their behalf, the prisoners collectively demanded that their silenced voices be heard.

For Kerbino, who was the primary voice of the prisoners during the protest, the choice for peaceful negotiation has not produced any positive results. Rather than adhering to the terms that ended the incident, the authorities seized the businesses Kerbino and his colleagues had spent so much of lives building.  On 12 October, armed officers from the NSS stormed the premises of KASS without search warrants. They confined staff members to a room, confiscated their communication devices, and took over all KASS properties and assets. Later, the NSS shut down the premises and told all KASS employees not to return, effectively eliminating over a thousand South Sudanese jobs.  Banks in South Sudan were also ordered to close all personal and company accounts linked to KASS.

The EACJ has, as its mission, the task of monitoring adherence to the rule of law in the EAC, and ensuring compliance with the East African Community Treaty of 1999.  Member states have signed agreements stipulating that the jurisdiction of national courts is subsumed under the jurisdiction of the EACJ, and that decisions of the EACJ on the interpretation and application of the Treaty of 1999 have precedence over decisions of national courts on similar matters.

PALU has asked the EACJ to order the Government of South Sudan to immediately produce Kerbino Wol before a competent and impartial court, and to restore to him the properties and assets that have been seized by the NSS.

Observers inside and outside the country continue to ask, can South Sudan take the road of peace, justice, and integration into the EAC? The case of Kerbino Wol, like the cases of so many unlawfully detained citizens who have yet to receive access to justice in South Sudan, will ultimately determine the answer to this question.

In the case filed at the EACJ, PALU noted that the circumstances of his confinement heighten the fear that Kerbino's life is in danger. PALU therefore invoked the Court’s powers to compel the Attorney General of South Sudan to promptly produce Kerbino Wol before the Court.

Justice for Kerbino Wol would mean that all South Sudanese can feel comfortable starting businesses, educating themselves, and innovating new solutions to the myriad of social and economic problems faced by the citizens of South Sudan.  The sensitivity of the life at stake requires that the course of justice be pursued through the EACJ.  The opportunity for South Sudan is to resolve the status of all unlawfully detained citizens and affirm the implementation of peace in accordance with regional treaties and principles.