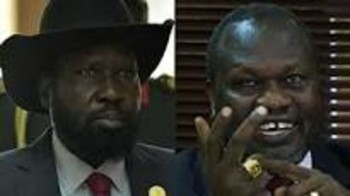 In an important step towards resolving a long-running conflict in South Sudan, President Kiir and opposition leader Riek Machar have signed in Khartoum a declaration of framework agreement as follows.

Radio Tamazuj obtained the official text of the “Khartoum Declaration of Agreement " signed by Kiir, Machar and other opposition groups in a step to start negotiating on outstanding issues.

Five points are outlined in the document signed by the South Sudan parties in Khartoum today.

Makuei denies he called for protests against Khartoum peace deal

I will abide by Khartoum deal, vows Kiir