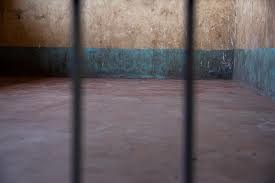 Northern Bahr-el-Ghazal State Women Association, with support from vice president Hussein Abdelbhagi and Aweil daughters in the diaspora, paid off fines for and leading to the release of the prison inmates.

Elizabeth Ajok, the chairlady of the Northern Bahr-el-Ghazal Women Association said, “We visited Aweil Central Prison on 14th January and we paid fines for fourteen persons, four women and ten men who had small fines, we paid 122,000SSP.”

She said that they had earlier on the 2nd of January 2021 held prayers in collaboration with daughters of Aweil in diaspora and decided to help vulnerable people.

“Support came from the office of vice president Hussein Abdalbhagi after he learned that the women association was planning to conduct prayers at the state freedom square. He made a contribution to us and after that we thought of the people in hospital and prison who were not able to come to the freedom square for the prayers,” Ajok said. “We agreed to prepare some little food and buy things like soap for people in hospital and prison and delivered them on 12th and 14th January. We went to the prison with food and we paid small fines for those people.’’

The Aweil Central Prison boss, Atak Wol Achuak, said the released inmates were charged with crimes of adultery, public nuisance, and theft among other small crimes according to South Sudan Panel Code 2008.

“Those people were charged with small fines, section 177 talks about public nuisance, section 375 talks about drunkenness in a public place, section 293 talks about theft, and section 266 describes adultery,’’ Atak explained.

He revealed that the prison currently houses 429 inmates which is a large number for the authorities to maintain and urged the government, community, and well-wishers to join efforts to free the remaining petty offenders.

The Director for Legal Administration in Northern Bahr-el-Ghazal State, Deng Ajak Deng, confirmed that the inmates were released and will not be tried again unless they commit other crimes.

“Yes, the women association in the state has paid the money for people charged with minor fines for different crimes, and they were released,’’ Deng Ajak said.

The Chairperson of Aweil Civil Society Based Organizations Forum, Santino Deng Ngong, welcomed the move and wished the government, community and well-wishers to provide continuous assistance for such affected persons.

“I am really impressed with the move and this shows that the government and the concerned citizens of Northern Bahr-el-Ghazal and South Sudan as a whole are really trying their best to resolve the issues of the communities,” Deng Ngong said.