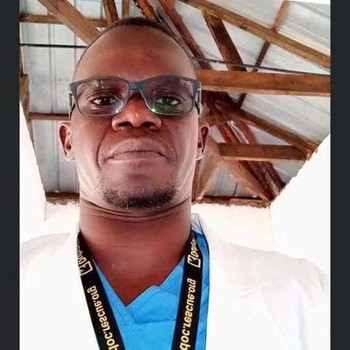 Authorities in Unity state have said no arrests have so far been made in the case of the chilling murder of Dr. Louis Edward Saleh Ufew, last Friday.

The deceased medic was an employee of the International Rescue Committee (IRC) who said he was found dead in Panyijiar County, South Sudan, last Friday, 21 May, under unclear circumstances.

Unity State information minister, Gabriel Hon Makuei, told Radio Tamazuj yesterday that no arrests have been made and that they were still carrying out investigations.

“It happened in Panyijar in Ganyliel Payam. We got the information that it happened on 21 May that he died in the evening but we have not yet established if he was killed or died alone. As a government, we are still investigating,” Minister Makuei said.

He said they also learned about the death of the doctor on social media as there is no government presence in the area where it happened.

According to Makuei, “Nobody reported to us directly about what happened. There is no government there. The area is still under the former rebel SPLM/A-IO who have their problems there.”

The South Sudan Doctors’ Union (SSDU) put out a statement on Sunday condemning the killing of Dr. Edward who they say was killed at his place of work.

“The South Sudan Doctors’ Union (SSDU) is deeply saddened by the killing of our member, Dr. Louis Edward Saleh in Ganyiel village in Unity State. The entire medical fraternity sympathizes with and sends condolences to his family and relatives. Dr. Louis, a medical staff working at Ganyiel PHCC under IRC was killed in cold blood within the facility on 21 May 2021,” SSDU said in a statement. “Last month, Ms. Amono Anna Clara, a nurse working in Torit Hospital was shot dead along Torit road. The SSDU strongly condemns these brutal killings of health professionals who dedicated their lives to serve communities in Unity and the Eastern Equatoria States.”

“The entire medical fraternity is disappointed in State authorities for their silence and ignoring repeated calls for protection of health workers. The SSDU and allied professionals will not tolerate violence against health workers at your watch,” the statement read. “The SSDU further calls on the Presidency to intervene by holding accountable any state authorities who violate the rights of health workers, and urge the government to enact laws that protect the rights of health care workers in the country.”

The medical union said they will consult with all doctors, NGOs, and authorities on options to boycott/withdraw from any state or community that shows hostility towards medical professionals and to agree on new Terms and Conditions for the deployment of health personnel to provide services at the community levels.

“To the communities that we serve, health professionals are not your enemies but lifesavers. Protect us as we discharge our duty of care to every man, woman, and child,” the SSDU statement concluded.

According to IRC, this is the second attack on their staff in the last two months. The IRC compound in Jamjang County was attacked on 24th April where up to 20 youth entered the perimeter and physically attacked IRC staff, resulting in multiple injuries. One senior medical staff member was seriously injured and was airlifted to a hospital in Juba at the time. To date, no arrests related to the Jamjang attack have been made.

Caroline Sekyewa, IRC South Sudan Country Director, said: “We are deeply disturbed by these attacks and extremely saddened by the loss of our esteemed colleague. Following the horrific and tragic death of Dr. Louis, IRC has suspended all its humanitarian operations in Ganyliel Payam with immediate effect because we are very concerned about the safety and well-being of our staff working on projects in the area. Internal assessments, consultations, and reviews of the safety and well-being of the staff are currently ongoing.”