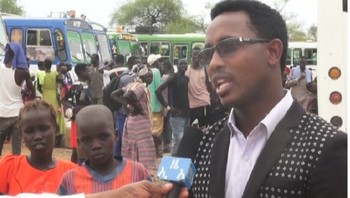 Nearly 14,000 South Sudanese have crossed to Sudan’s Gambella region in the past two months due lack of security in the country, the Administration for Refugees and Returnees Affairs (ARRA) said.

Driba said the new arrivals are being sheltered at Gupyel Refugee Camp in the region.

He pointed out that huge influx of South Sudanese refugees had complicated the provision of humanitarian aid and called on the international community to support efforts that are being made by the Administration.

Driba said most of the refugees have families with children.