National ceasefire monitors not deployed due to budget constraints 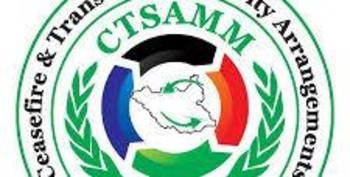 South Sudan's ceasefire monitoring mechanism on Tuesday said it has not yet deployed its national monitors due to budget constraints.

Desta Abiche Ageno, chairperson of the Ceasefire and Transitional Security Arrangements Monitoring, Verification Mechanism (CTSAMVM), said there is a lack of funding.

"Our national monitors are yet to be deployed due to budget constraints. Specifically, there is a lack of budget for health and life insurance, accommodation as well as allowance (out of pocket)," Abuche said during his speech before the CTSAMVM Board Meeting in Juba.

However, he said, the ceasefire monitoring body is working with the government and other stakeholders to explore all possible avenues to resolve the matter.

He further said the CTSAMVM is still facing limitations on its freedom of movement in various locations in South Sudan, citing the incident in Luri last month in which peace monitors were assaulted and detained by security personnel.

Ageno pointed out that the STSAMVM continues to observe unauthorized military movement in numerous locations in South Sudan, adding that the issue of Sexual Gender-Based Violence in Bentiu also remains a huge concern.