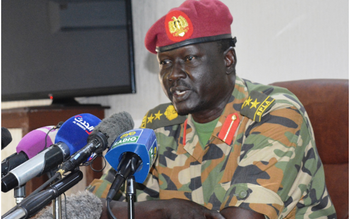 A South Sudanese military court has announced the much awaited time to deliver a ruling in the case of soldiers accused of raping five foreign aid workers and killing their local colleague at the Terrain Hotel.

According to the army, the court martial will hand down verdicts in the case of the 12 soldiers next week. The court in Juba has been holding hearings since last year.

SPLA deputy spokesman Santo Domij said in a public announcement that the verdict will be issued in an open session on 6 September around 10 am at Al-Giyada.

“All the interested media and the concerned diplomatic missions in the country are invited to witness the event,” Domij said.

“The SPLA general headquarters is planning to conduct a separate briefing meeting with various defence attaches on the verdict in Bilpham,” he added.

The move comes amid growing pressure on South Sudan government by the international community.