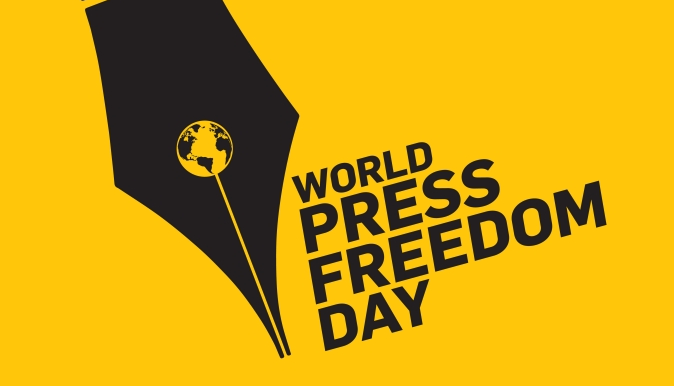 Entities advocating for the rights of journalists in South Sudan have called for the protection of scribes as the globe celebrates World Press Freedom Day, today 3 May.

In the 2021 World Press Freedom Index compiled by Reporters Without Borders (RSF) and released in April 2022, South Sudan ranks 139 out of 180 countries.

The chairperson of South Sudan Women Journalists Network, Aya Irene Lukang, told Radio Tamazuj that there are frequent violations and harassment of female journalists while in the line of work and called for their protection.

According to Aya, journalists generally face challenges in accessing information, especially from government institutions, in addition to censorship of newspapers and radio stations, harassment, and confiscation of work equipment.

She says that since the beginning of the year, the Media Authority has recorded 10 cases of female journalists who have been arrested and harassed.

"On World Press Freedom Day, we remember journalists who were killed in the line of duty and it is also a day to look at the challenges facing media houses in South Sudan and how to find solutions to them,” Aya says.

She urges the transitional government to stop the repression of journalists, noting that societies are developing through information they obtain through the media.

The president of the Union of Journalists of South Sudan (UJOSS). Oyet Patrick reiterated Aya’s calls for the protection of journalists in South Sudan because their rights are violated in the line of duty.

“There are still a lot of violations of the rights of those who want to express themselves. These violations are the result of very many reasons. One of them is that the security personnel are individually taking the law into their hands, acting independently without being authorized to carry out some actions,” Oyet says. “Second is the issue of ignorance, sometimes of the law, and therefore people do not know about the Media Authority Act of 2013.”

Oyet said that many people do not even know that there is now a commission that is responsible for access to information.

On documented cases of the harassment of journalists, Oyet said, “There are many cases. In the past year, we have had more than 20 cases. We were able to carry out interventions. For example, for journalists who were arrested and detained by National Security, we managed to talk to the officials there.”

He said that security personnel at times arrest journalists based on false information.

“One of the reasons why sometimes peoples’ rights are violated is that the information given to security operatives is false so you find that they have acted on one-sided information,” Oyet explains. “The other side has not been listened to and even when somebody is arrested he has not been given a fair hearing at the facility where they are detained.”

“We had several individual cases where one was arrested, detained, letters left summoning a person for questioning. Sometimes they are forced to apologize even when we feel that they did not commit any offense. So, we have had a lot of cases. I am happy to say as for now no journalist is detained according to our records,” he adds.

For his part, Nelson Kwaje, the director of Defy Hate Speech Organization, says that there has been a great development in the use of digital journalism in South Sudan, especially on social media platforms.

Defy Hate Speech Organization was launched in response to the way social media was being used to fuel the conflict that erupted in South Sudan in December 2013 and is currently working to combat violent extremism online.

“This is a good indicator and this is due to the increase in internet speeds,” he says.

Kwaje explains that the improvement in Internet speed has prompted local radio stations and newspapers to switch to digital space and that it has contributed to access to information.

"Three years ago, we started an information investigation project "211" to reduce the dissemination of misleading news and false images in the digital space and trained more than 60 journalists in fact-finding and correcting false news," he says.

According to Kwaje, over the past years, social media activists have been subjected to harassment by the security services and this prompted most activists and journalists to stop addressing the real issues that citizens face.

He said he does not support the absolute freedom of journalists, but pointed out that there are laws in South Sudan that protect reporters.

“When you write, you must not interfere with the freedom of others and do not harm the honor of others and we will continue to implement our laws to ensure that this does not happen,” Minister Makuei says.

UNMISS and the United Nations Human Rights Office in a joint report last year warned that excessive restrictions on freedom of expression are having a negative impact and narrowing the space for debate, while incitement to hatred also continues in create a state of mistrust, fear, and violence in South Sudan.

Makuei, in reaction to the UN report, said no country globally has complete freedoms.