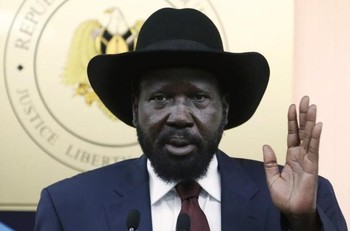 The Association for Media Development in South Sudan (AMDISS), an umbrella for all media outlets asked President Salva Kiir to help stop blocking access to four news websites in the country.

In the last two weeks, South Sudanese authorities blocked websites of at least four independent media outlets including Radio Tamazuj over claims “they have been reporting critically of the government.”

Alfred Taban, a veteran South Sudanese journalist, told Radio Tamazuj on Monday that the media lobby had delivered a petition officially to the office of the president and demanded unblocking of news websites in South Sudan, but there is no any positive response so far.

He further said the blocking of news websites is a top concern, saying the national dialogue committee is not happy with the decision taken to cut off access to websites of at least four independent media outlets in South Sudan.

The country’s press freedom has been affected by the civil war since December 2013.