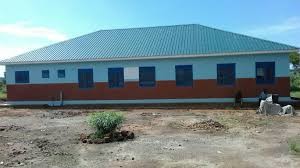 Health officials in Magwi county of South Sudan’s Central Equatoria State say the only health facility in the area lacks essential drugs, is overcrowded, and lacks the staff to cater to the sick in the region.

The medical doctor at the facility, Dr. Oryema Joseph, spoke to Radio Tamazuj on Wednesday. He said, "The facility is functioning as a PHCC but takes the role of a hospital. The major challenge that we have now is, one, the drugs coming is for PHCC released to us quarterly and I have to admit that the drugs sent here take only one month and a half, and they are finished.”

He added, “The government has a maximum capacity for staff per PHCC but now we are understaffed based on how we receive patients. Staffing is another big challenge.”

Joseph lamented the poor state of the health facility saying, there are very few hospital beds, a lack of surgical equipment, and a lack of electricity.

He appealed to the state government to upgrade the health center into a hospital, build a theatre for surgeries, and provide enough drugs for the increased number of patients treated at the facility.

For his part, Magwi County Director of Health Okot Martin said a new consignment of drugs arrived last week but is still insufficient for the population.

The outpatient department at the facility records an average of 80-100 patients daily while it can take about the same number for in patients despite having a 40-bed capacity.