Machar has failed SPLM-IO, should be removed’-Duer Tut 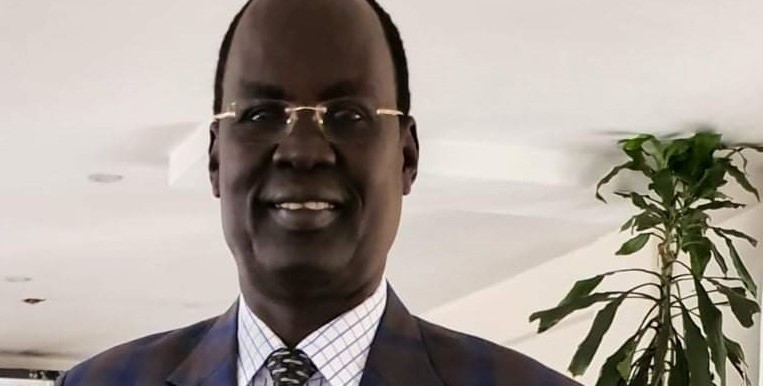 Duer Tut Duer, the former Sudan People’s Liberation Movement in Opposition (SPLM-IO) governor of the now-defunct Sobat State and a member of the party’s National Liberation Council, has been agitating for the ouster of First Vice President, Dr. Riek Machar, from the leadership of the opposition outfit.

Radio Tamazuj caught up with him and sounded him out.

Below are edited excerpts:

Q: Honorable Duer, welcome to Radio Tamazuj. Why do you want to oust Dr. Riek Machar from the leadership of the Sudan People’s Liberation Movement (SPLM-IO) and what is it your intention?

A: I would say our leader, Riek Machar has failed to lead the SPLM-IO as a political organization. His failure became clear immediately after the signing of the peace agreement in Khartoum in September 2018. A few months later, around October to November, he began to act out of the provisions of the peace agreement.

The first step is that he went to Juba before the proper security arrangement was put in place. He left his army behind in the bush and headed further to the formation of the government. The formation of the government itself was only favorable to his close people. He brought his wife, the mother in law to his son. These are some of the same practices that we took up arms to fight in South Sudan. We needed reforms and these reforms should come along with justice, responsibility, and accountability. But what Machar did in Juba is contrary.

He appointed his deputy in a lesser ministry and appointed junior members in the movement in high ministerial positions. Now if we categorize these ministries, you will find out that the deputy of our movement is holding the third or the fourth ministry in the South Sudan transitional government. He is supposed to be number two in the rank. Here, this is injustice in addition to the lack of accountability that we have been fighting for.

Q: Are you militarily capable enough to carry out reforms needed within the SPLM-IO, or what is your plan?

A: At the moment we don’t want to engage the military in this process. What we are doing now is purely political. This doesn’t mean we don’t have the army. We don’t want the army intervention at the moment to avoid any confrontation among our army. We want this process to go ahead as purely political and whoever wins this battle will lead the army.

Q: What criteria have you used to determine the failure of Machar in implementing the peace agreement? Some people still believe he is serious and currently in Juba to fully implement the deal.

So, what kind of peace deal are they implementing in Juba, and yet a few days ago our forces were being attacked by tanks in the training centres. And yet he is a member of the presidency which includes, Interior, Security, and Defense, he has said nothing about this. His wife is the Minister of defense and his army in the training centres are being attacked with tanks and they are silent. So, which kind of agreement are they implementing? As he is now the first vice president and yet everyone knows that Machar is still a prisoner. How can the first vice president be a prisoner?

Q: Leave other people, what do you say about his status?

A: He is a prisoner. And as a prisoner how can he implement the agreement? Being the FVP, the chairman of the SPLM-IO, and the Commander-in-Chief of SPLA-IO is in prison, and yet his forces at the training centres are being attacked and none of them is saying anything.

Q: Hon. Duer, if this is the situation, what are you up to, or what do you want to suggest in this regard?

A: Since Riek has changed the organization into his own business and a family affair, he should step down from the chairmanship of the movement and allow members of the SPLM-IO to form a new leadership for the movement. Let him remain first vice president.

Q: Have you planned to organize any conference so that you can tell Machar to step down and form a new leadership for the movement?

A: We are going to organize a general assembly in 2021, all members of the SPLM-IO will be present and they will decide to elect new leadership for the movement.

You might have heard about the meeting which was organized in Juba, first of all, they called it to be a conference. According to the constitution of the movement, this is illegal and unconstitutional.

For a general assembly conference to take place, it should begin from Boma, Payam, Counties, and States and then to the national level. The Juba meeting will just resolve to allow Machar to continue leading the movement. We are just waiting for that resolution and we will issue other directives for the removal of Machar from the chairmanship of the movement.

We have directed all our military officers, members of the Liberation Council and Political Bureau, that Machar is no longer fit to be the chairman of the movement and we ask them to boycott the Juba meeting.

Q: But who are you, and who delegated you to act and take decisions in the name of the movement? As per our knowledge, most of the members of the political bureau are in Juba along with Machar. So, can you explain this further?

More than 90% of members of the movement are outside and they support this change. Most of the participants in the Juba meeting are those who joined the movement after the peace agreement and they even joined after Machar was appointed as the FVP. Our SPLM-IO is still outside, they have been suffering and fighting for the last seven years. And now they are still in the bush lacking food, medicines, and water. So, we still have faith and trust in this group.

Q: This means that the SPLM-IO now has two factions, others are in Juba and others are still in the bush left behind. Is that correct?

A: By the way, even those who are in Juba with Machar currently, some of them are not happy with the leadership of the chairman. I don’t know if some of them are in Juba for positions but what I can say is that most of them left our movement due to the mismanagement of Machar of the SPLM-IO. Since 2014, we continue to experience defections within the movement at least once every three months. So, we should ask ourselves this question.

So those who are left behind now in the bush are fully supporting the full implementation of the peace agreement. Being behind doesn’t mean they don’t want to go to Juba. But they want the agreement to be implemented. The security arrangement should be put in place, set up a constitution, and the government and the rest will follow. But when we think that Machar is already the FVP which means we are implementing the peace agreement, this is the wrong idea. South Sudan is bigger than Machar.

Q: Now if that is the situation, what is the way forward?

A: The only solution to this confusion is that in 2021, we are going to present a general reform for the SPLM-IO. This will not be a one-man show: t will be collective efforts to reform our movement. We will look back and resolve mistakes that our movement has gone through and to see how we can get them done. We will see how we are going to prepare ourselves to implement our objectives as we head to the national elections.

Q: Can we say Duer Tut has now defected from Riek Machar?

A: No! It is Riek Machar who decided to abandon the SPLM-IO and went to Juba without proper security arrangement and left his army behind. He went and became the FVP and forgot his followers. I don’t belong to Machar but I belong to SPLM-IO which has been abandoned by Machar. And we are here to continue to organize this movement and move forward. We want to have the movement that continues to exist but should not be led by Machar. Let him form a new organization and leave the SPLM-IO to us. We are following our principles, not gains or positions.

Q: Now we have many SPLM movements and yet none of them has shown a quality leadership to bring stability to the country. South Sudanese have suffered because of this, so what are your expectations for this country?

A: We are going to hold a general assembly in 2021, and during this conference, we will decide to remain with this name or to change it for a better future. If they decide to continue holding the same name this will be their decision. But if they decide as well to change the name, well and good that will be the decision of the South Sudanese.

Q: Why does the SPLM want to claim that South Sudan belongs to it yet there are other political parties?

A: No! What I mean is that our members who will be representing different counties or Payams or Bomas in the country will represent their people in the grassroots. Now if you look at the SPLM-IG, they have members from all over South Sudan. So, the same will also apply.