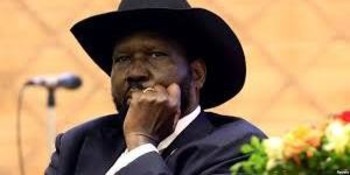 The President’s spokesman, Ateny Wek Ateny, told Radio Tamazuj that the government put a moratorium on executions and President Kiir has not approved any executions since independence.

He pointed out that the death penalty will depend on the permanent constitution-making process.” South Sudan government cannot carry out executions because it has signed the international charter,” he said.

“I can say that what was reported by Amnesty International is untrue,” he added.

The international rights group Amnesty International said in a new report on Friday that the world’s youngest nation has carried out more executions this year.

The group further said the government has executed seven people, including one who was a child at the time of their offense.