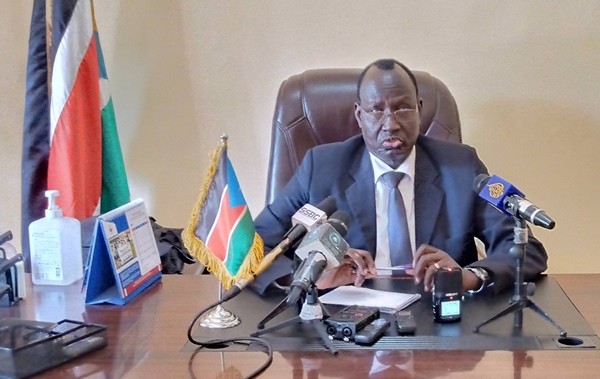 South Sudan President Salva Kiir Mayardit has this evening constituted a committee to initiate dialogue with the Sudanese government on the final status of the Abyei Administrative Area, a disputed region between Sudan and South Sudan.

Kiir appointed the 10-member committee in a presidential decree read on Monday evening on national television.

The president's committee comes almost immediately after authorities in Abyei called for the establishment of a joint court between the two neighboring countries following last week's attack by armed men allegedly supported by the Sudanese militias that led to the deaths of more than 10 people in Abyei.

Last Friday, while addressing the press, Abyei's Chief Administrator Kuol Diem Kuol called for the establishment of a joint court between Sudan and South Sudan to try criminals from both countries.

Diem said, "Abyei needs a joint court, a judge from Sudan and South Sudan, and another neutral judge from a third country, in order to try criminals in the courts of justice of the two countries."

He added, "In the event that the perpetrators of the crimes are convicted, they must be transferred to a prison in a neutral country to serve the sentence there, so that government authorities will not sympathize with them, either in South Sudan or Sudan."

Diem faulted the existing justice system saying when criminals are arrested and handed over to Sudan for trial, they are often released without punishment and they continue to commit crimes.

He said from their records, about 547 people were killed in the Abyei area since the temporary security force entered the area, along with a number of wounded.

The oil-rich border region of Abyei has been contested since South Sudan gained independence in 2011.