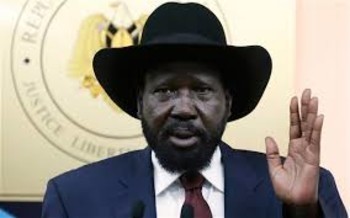 The decrees read on state-run South Sudan Broadcasting Corporation did not mention why governor Panek was relieved barely a year since his appointment into office.

His dismissal comes before he could form his power-sharing state cabinet with the opposition as provided for in the peace deal.

Newly appointed Warrap governor Aleu Ayieny Aleu was a member of the national parliament and briefly served as minister of the interior.

In a separate decree, Kiir appointed Yath Awan Yath as the undersecretary in the ministry of information, communication, technology, and postal services succeeding Paul Jacob Kumbo who died last year in Khartoum.