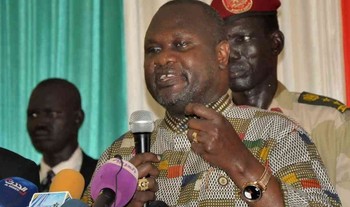 The Intergovernmental Authority on Development (IGAD) made a summary of different positions of the three groups that participated in the intensive interlinked consultations in Addis Ababa. Here are some positions of the SPLM-IO obtained by Radio Tamazuj.

Composition of the revitalized transitional government

Structure of transitional government (including the question of federalism):

Size and compositing of the legislature

Principle of Unification of Forces

Timeframe for establishment of new army

Security of civilians and VIPs