I will abide by Khartoum deal, vows Kiir 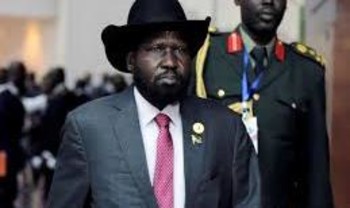 South Sudan's President Salva Kiir has pledged his government will abide by its commitments in the Khartoum framework agreement reached with the opposition.

Kiir said in his address after the signing ceremony on Wednesday that he will respect the signed deal.

“I am committed to respect the whole document that I have signed and will abide by all the agreements that will follow,” he said.