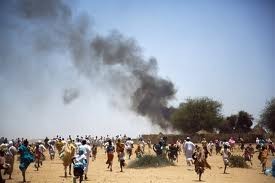 HRW UN director Philippe Bolopion said the decision was unfair as it ignores the indiscriminate bombing in South Sudan as well as those terrorised by air strikes in South Kordofan and Blue Nile, forced to flee their homes with no access to food or medicine.

He stressed that the UNSC must call for the Sudanese army to stop launching air strikes and immediately allow humanitarian organisations to gain access to those affected.

Bolopion added that the Council must also conduct credible investigations in to war crimes and crimes against humanity which have occurred in those areas.