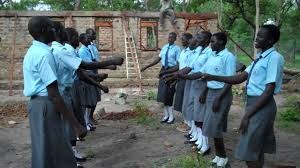 Hope and Resurrection Secondary School in South Sudan’s Western Lakes State reopened on 8 July, almost two months after the killing of two of the school’s teachers.

On May 26, two Ugandan teachers of the secondary school were shot and killed by gunmen in Atiaba area.

Speaking to Radio Tamazuj on Friday, the school administrator, Deborah Awut Mayom said the closure of the secondary school followed the May 26 incident in which the two teachers were killed.

“We were supposed to reopen the school on May 27, 2019 and before reopening is when the teachers were killed. We sent other teachers back home for one month,” Awut said.

She added, “So on July 8, 2019, the Uganda teachers who had been sent home to mourn reported back to Hope and Resurrection secondary school and the school reopened on July 10, 2018”.

Awut further said a few issues arose between the school and host community, but were resolved before the school officially reopened. “All of us have a mission to run the school,” she stressed.

According to Awut, a suspect arrested by authorities in connection with the incident escaped leaving behind his AK-47 rifle.

The school has nine Ugandan teachers and five from South Sudan.