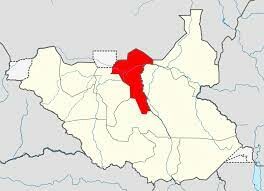 The police in Guit County of South Sudan's Unity State have confirmed that a health worker identified as Daniel Deng Gatluak was killed on Monday morning.

James Marin Mayiel, the director of police operations in Unity State, told Radio Tamazuj that the deceased, a health worker at the Guit health facility, was shot dead by a suspect identified as Kuol Yiiy Tut.

Marin further said the suspect escaped but the police were pursuing him.

"The suspect who killed him is called Kuol Yiiy Tut and he has managed to escape. He jumped into swampy areas and ran away and the police security forces are now pursuing him," he added.

According to the police, the incident may be a revenge killing.

Marin adds, "There was a general called James Reet Tut that was killed last time by the family of late health worker, Daniel Deng Gatluak."

Guit County commissioner Kawai Chany said after the incident which occurred at the health facility, another suspect was arrested and is in police custody.

"There was a person who sneaked into the health facility and killed a health worker in the morning and escaped. But one of the suspects working in the hospital has been apprehended and is now in the police custody for investigation," he added.

Commissioner Chany also said that although investigations are launched, the murder of the health worker was a revenge killing.

The embassy said far too many aid workers have been killed in South Sudan and called for more to be done to protect humanitarian workers.

“More must be done to protect the workers who deliver valuable and life-saving services to help the South Sudanese people, including the most vulnerable people of this country,” the statement read. “We call on the Government of South Sudan to create a safer environment for aid and humanitarian workers, and to bring to justice perpetrators of violence.”

On Tuesday, the local authorities in Guit County of Unity State said that a suspect identified as Kuol Yiiy Tut was responsible for killing Dr. Deng at the county’s health facility. The incident happened at 10 am on Monday morning.

Nearly 150 aid workers have been killed in South Sudan since 2013.