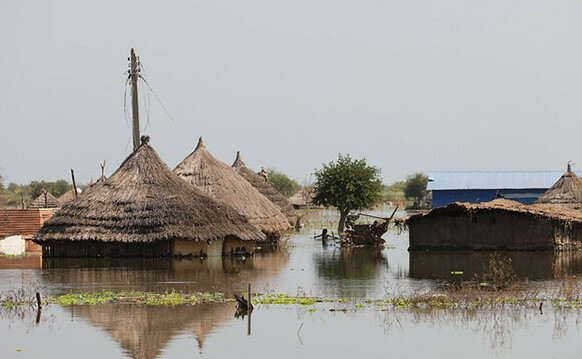 The ministry of health over the weekend issued a statement declaring a cholera outbreak in Rubkona County in Unity State.

Dr. John Pasquale Rumunu Karlino, the director-general for preventive health services in the health ministry said the declaration follows the confirmation of cholera in eight cases following tests by the National Public Health Laboratory in Juba

“The Ministry of Health would like to inform the public that the Cholera outbreak has been declared in Rubkona County, Unity State,” the statement read. “The declaration follows the confirmation of cholera in eight cases following tests by the National Public Health Laboratory in Juba. To date, a total of 31 cases including one death have been reported from Rubkona town and Bentiu IDP camp.”

According to the statement, the confirmed cases presented with watery diarrhea, vomiting, and dehydration and were admitted and managed at MSF Bentiu PoC Hospital but all cases were later discharged.

“Following the confirmation of the initial case on 14 April 2022, the Ministry of Health, with support from its partners, deployed a rapid response team from 22 to 29 April 2022 to investigate the causes and support the state-level response,” the statement said. “Adequate supplies have been deployed to support the investigation and treatment of cases in Rubkona County.”

Dr. Rumunu said the government and partners conducted two rounds of oral cholera vaccination in Rubkona County in January and March 2022 respectively and are conducting further case searches in the households and their neighborhood to identify additional cholera cases following a steady rise in acute watery diarrhea cases reported in both the Bentiu and Rubkona IDP camps and the host community.

“The Public is being urged not to panic but remain calm and observe all the precautionary measures to prevent community transmission and spread in populations with inadequate access to safe drinking water, poor personal hygiene, and inadequate access to improved sanitation facilities,” the health ministry advised.

The cholera risk is typically high during the rainy season starts from May to the end of October.

“The health ministry would like to use this opportunity to encourage the public to drink and use water that has been made safe after treating with chlorine or if boiling, bring your water to a complete boil for at least 1 minute,” the statement said. “Always wash your hands with soap and water after using the latrine, before handling and eating food.”

The ministry also advised the public to use latrines or bury feces and not defecate in any water body. Cook food well, keep it covered, eat it hot, and peel fruits and vegetables.

“The Public is further urged to be vigilant and report all suspected cholera cases to the national outbreak hotline 6666 or the nearest health facility, County Health Department, and or the state ministry of health,” the statement concluded.