Gunmen raid over 200 head of cattle in Uror County 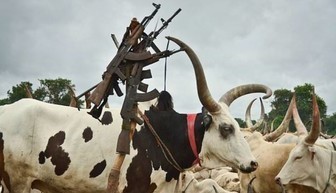 Over 250 head of cattle were stolen during a raid by a group of armed bandits in Pieri Payam, Uror County of Jonglei State over the weekend, local authorities said.

Speaking to Radio Tamazuj, the Uror County commissioner, Tang Chatim said, “While cattle were out grazing in the Pageu area of Paluony, in the outskirts of Pieri town, a group of armed bandits attacked and chased herders and then went away with about 250 cows.”

“Fortunately no one was killed when those herding the cows exchanged gunfire with attackers. But since they were many, they overpowered the herders and went away with about 250 cows,” he added.

The local official blamed the attack on armed bandits from Greater Pibor Administrative Area (GPAA) and said that the youth are pursuing the attackers to retrieve the stolen animals.

For his part, Lolali Amae, a lawmaker representing Pibor County in the GPAA legislative council and a peace committee member, said they are unaware of the incident but that they will investigate.

“We cannot deny or accept the accusation but we will monitor. If those are from GPAA, we will confiscate the raided cows and take them back to Pieri. Already, we recovered several cows raided from the Lou Nuer area last month. They are now in Gumuruk and a day will be set so that they are handed over to Pieri,” he said.

Bol Deng, an activist in Bor, said while large-scale attacks have been mitigated among the Greater Jonglei communities in the past months, more needs to be done to stop recurring cattle-related incidents, saying such occurrences may not help build trust among the locals amidst the ongoing peace efforts.

Last month, communities of Greater Jonglei recommitted themselves to peaceful coexistence during a week-long peace conference held in Jonglei’s Uror County but pockets of insecurity incidents continue to be reported.