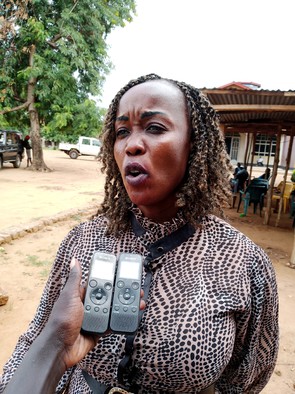 Politicians in greater Torit gathered at the Our Lady of the Holy Rosary Catholic Church on Tuesday and Wednesday to discuss issues affecting the state.

The politicians-legislators from state and national levels from Torit, Ikotos, Lafon, and Magwi counties- were brought together by the South Sudan Council of Churches (SSCC).

Politicians have been blamed for the recent upsurge of insecurity within the region.

Fr. James James Oyet Latansio, the SSCC Secretary-General, said if the politicians of Torit unite, the crises will also come to an end.

“These politicians, men, and women are sons and daughters of greater Torit of Eastern Equatoria State. We have come for a consultative retreat with them. Eastern Equatoria state is going through a lot of challenges, pains, cries and we want to consult with the leadership what is all this, what is the cause, is there hope in this context?" Oyet said.

He says it is high time the people of Eastern Equatoria state enjoy the dividends of peace including the free movement across counties and states.

“The youth listen to somebody in the leadership. So, you need to target the head. If you want to hit the snake you hit the head, not the tail or the body. So to stop the revenge killings and attacks we need to hit the head which is the political brothers leading this state politically," he added.

The catholic priest urges youth to embrace the spirit of dialogue, particularly as the state strives to resolve the unemployment issues in the state.

She acknowledged the presence of gaps in service delivery causing widespread insecurity in the state.

The MP appealed to fellow lawmakers to abandon decisive politics and embrace unity and service delivery for the people they represent.

Dominic Otwari Theodore, an MP for Torit South West constituency number 2 in the yet-to-be reconstituted state legislative assembly says the forum was an opportunity for leaders to speak out about their grievances.

“This forum is very good this is bringing all the politicians those who have grudges against each other and I believe talking when you take water from the bucket it will remain empty so today each one is emptying all the grudges then reconciliation becomes possible, the hope for this state will be there," Otwari said.