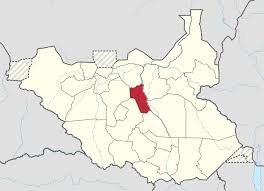 South Sudan's Southern Liech State authorities and armed opposition forces allied to Riek Machar on Tuesday agreed to open roads and allow freedom of movement for citizens as part of the implementation of the peace deal signed in September.

This is the first joint meeting between the rival groups since conflict erupted in the country. Such meetings are also taking part in different parts of the country as a step towards building trust and confidence among rival groups.

Southern Liech State minister of information John Both Yok told Radio Tamazuj Wednesday that the meeting resolved to allow the opening of roads between counties and neighboring states and free movement of civilians.

He said they further agreed to allow the free movement of armed opposition forces in and out of government-controlled territory and vice-versa.

In addition, the parties committed to stopping committing crimes and holding those responsible accountable.