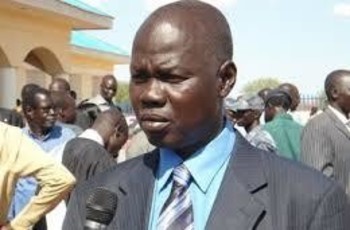 The governor of South Sudan’s Gogrial State has called on the people of Gogrial to embrace each other and give peace a chance.

Governor Victor Atem Atem told Radio Tamazuj on Wednesday that he is optimistic the revitalised peace deal will hold adding that the parties to the agreement have shown commitment to restore peace in the country.

He said government troops, opposition forces and the civilians should embrace the new peace deal and enhance peaceful coexistence.

“There is no reason to doubt that this agreement will be implemented. You have seen the celebration in Juba. There is a commitment from both sides. On our side as the government, the president of the republic, all government officials from top and down to the states and counties, we are ready to implement this agreement. Our people need peace”, said Atem.

The governor said it is time to denounce violence, reject hate speeches and begin to work together as South Sudanese and not as tribes.

“There are no benefits in war. It's time to forge ahead. Our children must return to school, and our women must work in the fields unafraid of the threats and rapes. It is time the women should feel free to the bush to collect fire wood freely.” he added.

Atem noted that the communities have accepted voluntary disarmament which will be launched soon adding that all cattle raiders will be treated as individual criminals by the state.