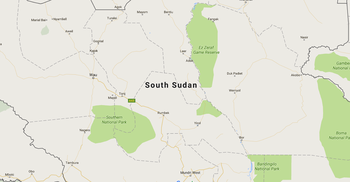 Five protesters were arrested by police authorities in Juba capital city of South Sudan on Monday morning at a peaceful protest against the rising cost of living and the on-going war across the country.

Speaking to Radio Tamazuj, Daniel Justin Boula, Spokesman of South Sudan Police Service, confirmed that they arrested five protesters near roundabout at Customs area, claiming the protesters did not seek for permit to stage the peace protests.

“The number of the protesters was about 20,the police stopped them near the roundabout for investigations where they were chanting slogans” he said.

“The protesters were supposed to seek for permission so that the peaceful protest is protected, so we managed to protected them because they would have taken advantage of the situation,” he added.

On Monday morning, a group of South Sudanese students and activists staged protests saying the government was mismanaging the economy.

Reportedly, the protesters were joined by local residents and chanted slogans against President Kiir while accusing him of collapsing the country.