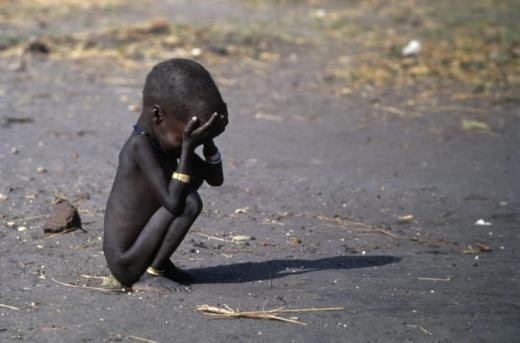 The USAID-funded Famine Early Warning Systems Network (FEWS NET) warned in a statement yesterday that some people are likely to starve to death within the coming months in southern Unity State if violence continues to disrupt livelihoods and humanitarian deliveries.

The affected areas of Unity State were targeted in a government offensive in April to May driving thousands of people from towns and villages into the bush and swamps. UN Humanitarian Coordinator Toby Lanzer, who has been expelled, said “the offensive in Unity has left thousands of homes burnt.”

Owing to this violence some people in the state face the possibility of starvation. “If insecurity continues to prevent food assistance delivery to southern Unity in the coming two months, the number of households facing Catastrophe (Phase 5) is likely to increase,” FEWS NET reported yesterday.

'Phase 5' in the food security classification system used by FEWS NET indicates famine. In such a situation “Starvation, death, and destitution are evident,” according to the IPC Technical Manual.

The US-funded famine watchdog explained that conflict in southern Unity State and parts of Upper Nile State has displaced tens of thousands of people and blocked humanitarian access to areas already classified as 'Emergency' (IPC Phase 4).

“The severity of food insecurity in June and July is likely to be worse than previously anticipated, especially in areas cut-off from assistance, where an increasing number of households are likely to face Catastrophe (IPC Phase 5),” the group reported.

“Without access to food assistance, poor households in conflict-affected areas will experience increasing food deficits, and levels of global acute malnutrition and mortality will likely rise further. The size of the population facing Catastrophe (IPC Phase 5) has likely increased.”

These figures suggest 'crisis' and 'emergency' levels of food insecurity in Unity State last month. But FEWS NET did not clarify whether these data were collected by aid agencies before evacuations from Leer, Koch and elsewhere in the state in early to mid May or after aid workers later returned.