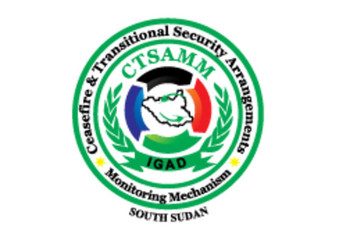 Ceasefire and Transitional Security Arrangements Monitoring Mechanism (CTSAMM) strategic communications Officer Ruth Feeney told the press that the meeting is meant to discuss challenges and way forward in the implementation of the ceasefire agreement as part of the revitalized peace agreement signed in September.

According to her, CTSAMM has reported adherence to the ceasefire in some parts of the country but highlighted that areas like Yei, Wau, and Unity states are still experiencing tensions. She advised the parties to pay particular attention to these areas and formulate strategies to reduce tensions.

Feeney also outlined some challenges facing the implementation of the ceasefire agreement, “So the main challenge often is lack of communication amongst the warring parties. The agreement might be signed and put on paper but communicating that to commanders on the ground is a different thing.”

CTSAMM is mandated by the regional bloc IGAD to monitor and verify the implementation of the Agreement on the Cessation of Hostilities as per the peace deal.