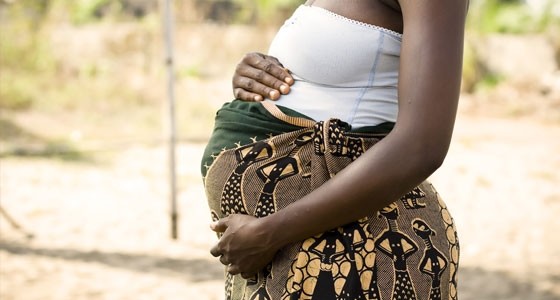 At least 125 teenage girls have become pregnant in Eastern Equatoria state since the Covid-19 lockdown began in South Sudan, a worrying trend according to government officials who say it may lead to many school dropouts.

The State Ministry of Education recorded 17 more cases in the past two weeks of July alone and said they are due to the Covid-19 lockdown. Last month, the former Torit State ministry of education had announced 108 cases of teenage pregnancies reported from the former counties since the closure of schools across the country.

Odumtulla Hillary Okumu, Eastern Equatoria state acting director-general of education, told Journalists on Friday last week that the longer the lockdown continues, the more likely the state will lose both girls and boys due to pregnancy.

“The drop-out (rate) is mainly found to be higher for the young girls because they are the most vulnerable group in the community when such a situation arises,” Okumu said.

The acting director said they continue to gather data and will update the public when they have more information. The latest known data included 27 pregnancies in Lopa/Lafon, 26 in Magwi, 49 in Torit, 11 in Ikotos, and 12 in greater Kapoeta.

The local official further said they have also received some reports saying, some of those young girls have been forced out of their families to the homes of the boys who had impregnated them.

In April this year, the South Sudanese government imposed a partial lockdown which ordered most learning institutions including schools, and social gathering places including public rallies and worshiping institutions, to remain closed in order to help reduce the spread of the disease.

South Sudan has so far reported more than 2,300 confirmed cases, and 46 deaths, while 1,190 people have recovered from the COVID-19 disease since the country announced its first case on April 5th, 2020.

Victoria Mer Charles, a student at Torit Day Secondary School, said many girls have gotten pregnant in this time of Covid-19 pandemic.

“A lot of girls have gotten pregnant due to the situation of coronavirus holidays. It pains me,” said Victoria Mer Charles, a senior three student at Torit Day School. “When I will go back to school, some of my colleagues may not be among us.”

“In the area here, they are all reluctant (to study) because there are no schools, and I have not seen some collecting the exercise books to read,” he said. “This will affect girls because as they involved with young men who have no jobs to sustain them, they should protect themselves from men to save their future.”

Collins Ifwa Sofronio, one of the parents in Torit town, expressed sadness over the increase of young girl’s pregnancies, saying the future for their children is becoming doom.

“Those children should be brought nearer, don’t just take your wife to be near you alone, you should also be serious about your children,” Ifwa said. “This corona is now affecting us and our children; it is now another enemy because it is increasing pains to us.”

The parent urges authorities to find a way of reopening schools despite the increasing cases of coronavirus. He hopes the students would be able to sit for the primary eight (8) and senior four (4) exams.

“Let them be helped, because if they drop out at these early ages then how could their future be?” said Ifwa. “The schools have to be reopened to help these children.”

For her part, the chairlady for a women’s association in Torit, Angelina Bernardino blames parents for failing to control their kids while at home.

“Parents have a big role to play in taking charge of their children; in case there is a failure to these children it goes back to the parents,” Bernardino said. “We the parents are the causes; we need to teach our children about the dangers of early pregnancies. It is really a headache and we need to be patient.”

The women representative further asked school girls to be patient and work hard in order to attain their bright future through education.

Moriku Florence, a primary eight student at the Airport Primary School, said her school had registered two cases of pregnancies during the lockdown.

“I don’t know how my sisters are getting pregnant, is it because of family issues or what, why are they hurrying for marriage or what is the problem at home that they are rushing to get married?” Florence said. “I want to advise them to stop because there is no hurry in marriage. A brighter future requires studying, not rushing.”