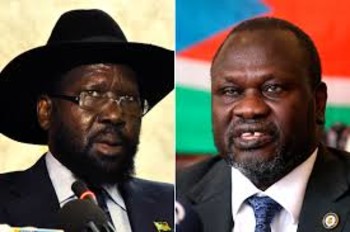 A South Sudanese civil society organization has urged the Union African to expedite the establishment of a hybrid court to prosecute President Kiir and rebel leader Riek Machar over what it termed as atrocities against women during the ongoing war.

Ter Manyang Gatwech, the Executive Director of International Youth for Africa (IYA), said in a statement extended to Radio Tamazuj today that forces of President Kiir and those of rebel leader Riek Machar have committed atrocities against women since December 2013.

The civil society group said women remain the most vulnerable group in the country.

The 2015 peace deal to end the violence in South Sudan was again violated in July 2016 when the rival factions resumed fighting in the capital.

The conflict has killed tens of thousands of people and displaced millions that have sought refuge in neighbouring countries.