Ceasefire does not include Pagak, government spokesman says 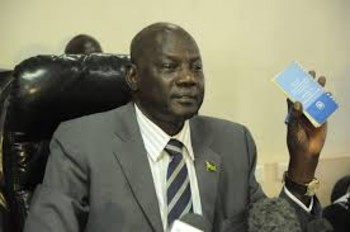 The countrywide unilatral ceasefire declared by President Kiir does not include Pagak area, which was established as the opposition headquarters when civil war began in late 2013, a top government official said.

This comes after the world body accused government troops of launching offensives against a rebel stronghold in the north of the country.

Makuei, who is the government spokesman, reiterated his government’s commitment to respect the ceasefire declared by President Kiir, but said the army has the right to fight in self-defence in case of attack on its defensive positions.

At least 25 aid workers were reported evacuated from Pagak, and escalating clashes in the nearby Mathiang area forced thousands of civilians to flee.