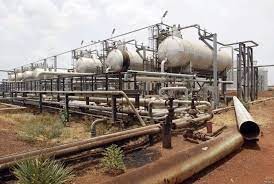 It is good news for the South Sudanese public to be hearing that oil refineries are in the offing in their government’s overall economic program especially the oil production sector as publicly revealed recently by the proactive Managing Director of South Sudan’s Nile Petroleum Corporation Engineer Bol Ring Muorwel. Indeed building and maintaining functional oil refineries in strategic locations across South Sudan is surely an unmistakable pointer to the right direction in economic growth and economic consolidation in the life of our nascent nation. A strong stable progressive national economy whether in South Sudan or elsewhere in the world is dependent on well-defined and ardently executed national economic policies which should primarily emanate from grand economic strategies and national vision by the governing national intelligentsia. This is no common talks, but a real functioning national economy is contingent on interwoven variables such as productive skilled citizenry, calm peaceful environment, strong economic institutions(Central Bank, commercial banks, cooperative agricultural banks, regulated foreign exchanges, etc), free market, effective revenue collection, proper management of live stocks, fisheries, tourism, forestry, minerals, and good infrastructure ( roads, bridges, buildings and modern telecommunication means).

In actual fact, it is needless to remind South Sudanese folks and their well-meaning friends here and further afield of the centrality of the oil sector in the economic cobweb of our young nation as it accounts presently for 99.9% of our Gross Domestic Production (GDP). This prompts almost every common South Sudanese including some sub-conscious public figures nowadays to quip that oil is the backbone of our national economy. Sure thing, as of now it is but that is untenable in the long run because oil production is sensitive to insecurities in the world market, competition by oil-producing countries, and manipulation by industrialized capitalist countries.

The breaking news that the first-ever refinery in Bentiu Unity State to officially open soon is and will continue to augur well for our economic growth. I can imagine the joy of a truly proud South Sudanese person driving and filling his/her V8, beast or for that matter any vehicle in Juba with South Sudanese refined oil and at the same time getting electrical power from generators operated by petrol/diesel labeled “ Made in South Sudan” It will be a quantum leap!

South Sudan's economy will have a constant inflow of hard cash from Quangos operating huge bases here in the form of buying refined South Sudanese oil at Bentiu Refinery and taxation involved in those deals instead of getting it from Khartoum or Mombasa which are distances. By these Quangos, we mean UNMISS, IGAD, ABYEI UNMISSION, USAID, and other international organizations. South Sudan’s neighbors ( Sudan, Eritrea, Ethiopia, Djibouti, Somalia, Kenya, Tanzania, Uganda, Rwanda, Burundi, DR Congo, and Central )are anxiously waiting to hear South Sudanese refineries have opened and they will sooner than later be here for a taste and this is hard cash in a nutshell. It will be well done to Engineer Muorwel.

While Nile Petroleum Corporation's top management embarks on building oil refineries and ensuring an increase in oil production, other important economic sectors which are non-oil should be concurrently revamped and kick-started with help of oil money to fit in the design of a diversified national economy. Oil, as is well known, is a non-renewable natural resource and as a result, the utmost care and managerial prowess must be undertaken to manage its production and usage prudently. At the explosion point of the oil discovery in the 1970s in the then Sudan, now South Sudan, both international and indigenous geologists were quoted by media to have forecasted South Sudan as containing beneath its soil 2 plus billion barrels of crude oil. Those who care are at liberty to engage themselves in basic arithmetic to ascertain how long it will take South Sudan to engage in oil production and “oil boom” before those wells dry up if our current production stands at 170,000 barrels per day (NilePet 2021 figures). Using geological data and prediction as our sources of argument, it is relatively safe to posit that oil production in South Sudan may last for 50 years short range, 100 years medium range, and/or 150 years long range. These years are short and nothing in the life of a nation that is supposed to last for eternity. This should be a wake-up call that oil production and business in South Sudan as elsewhere is of short longevity and what is needed is frugality and proper management of money accruing from it to kick-start other important economic non-oil sectors which will have long-lasting positive impacts after the wells are dried and barren. That was why Dr. John Garang De Mabior used to say at the verge of signing a comprehensive peace agreement with the then Sudanese government of NCP/NIF in 2004/5 that, “ We will use oil to fuel agriculture, and other vital economic sectors” Had Dr.John Garang lived up to 2021 AD the result would have been a foregone conclusion.

If the present government of South Sudan walks the talks of economic recovery along with building oil refineries and ensuring comprehensive lasting peace in the country which will attract our people to return to their native villages from refugee camps in foreign lands and IDP centers inside South Sudan and be productive again, plus many more stringent measures, indeed our economy will start to grow and limp forward again.

There is no magic wand in economic management rather than conscious strong-willed government comprehensive programs taken concomitantly with a commitment to total peace in the country and financial empowerment of the citizens to venture into entrepreneurial activities among themselves and with their neighbors in the international market.

Disbursing some few million hard cash every now and then to a few lucky con men holding LCs in their hands in Juba-dit alone in the name of improving the general health of the national economy in the whole breadth and length of South Sudan is playing Russian Roulette. It is nothing but the free distribution of dollars to some few blue-eyed guys and nothing more. Give reason a chance. How many times have these valuable rare “American green papers” been distributed to these anonymous business companies/ LC holders to improve the economy and what has changed? To meaningfully manage the national economy is one of the top priorities vested up on national leadership. It is a perpetual process on which the nation’s wheels revolve forward. It needs not to be done half-heartedly. Call it the center of gravity of a state’s existence. Distributing 1 million dollars in Juba alone to only 20 vulture companies is a non-starter because it is an exercise limited in scope to only one town. What will then change in Aweil, Wau, Yambio, Malakal, Kuajok, Bor, Torit, Wadakona, Bentiu, Renk, Kapoeta, and so on since no money is being given to traders to change the economic situation there?

The principal point here is the resuscitation of the national economy from its current intensive care unit stage to a hospital discharged patient stage and be nourished with good measures. Engineer Muorwel’s energetic efforts and programs to repair damaged oil facilities and bring them back to their previous productive level and create more installations like refineries and rigs especially after the pointless war of 2013 – 2018 rendered them vandalized and redundant are plausible. Engineer Muorwel deserves huge support and encouragement not poorly organized daily vilifications by pen mercenaries in this positive endeavor. While the NilePet Guru is busy with his oil subject matter, other financial sectors should also be actively metamorphosing from the opaque economy of the last seven years to that of transparency and accountability. The ten states' financial institutions must be reopened and rendered operational.

The phony wars on the high ways and in social media must be brought to an end through round table talks and negotiations as is happening in Rome. No one economic measure can really redeem our economic malaise. Total peace is one catalyst for economic recovery, good physical infrastructure is another, the revamped oil sector is important, mechanized supported agricultural sector is the backbone, industrialization is an economic must do, the productive population is an economic bedrock, international trade is one of the ten commandments of economy, and last but not least donor monetary support is imperative in the economic health of any third world country like ours.

The author Santino Ayual Bol is a student of International Relations and Diplomacy at the University of Nairobi. He can be contacted via ayual@students.uonbi.ac.ke