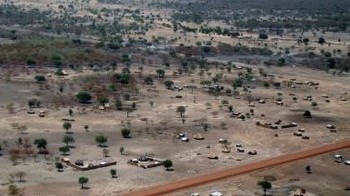 The African Union Technical Committee for Border Demarcation arrived in Northern Upper Nile State on Friday to identify the 'Zero Line' of the Sudan-South Sudan border, but failed to establish the point in the southern part of the Wunthou area due to resistance by the locals.

Agol Ayuel, the head of the native administration in the state, told Radio Tamazuj that the people of Northern Upper Nile don't want southern crossing point of Wunthou to be the Zero Line as this issue would take their territory.

The state parliament on Monday rejected the move to identify the 'Zero Line' in the southern crossing point of Wunthou.

The state assembly organized a demonstration in collaboration with civil society groups the town of Renk to condemn the technical committee for attempting to identify the Zero Line.

Akeer Kuei, head of the state parliamentary committee for information said they don’t want the Zero Line to be identified deep inside the South Sudanese territory.

She called on the government to involve members from Northern Upper Nile in technical committees on border demarcation between the two countries.