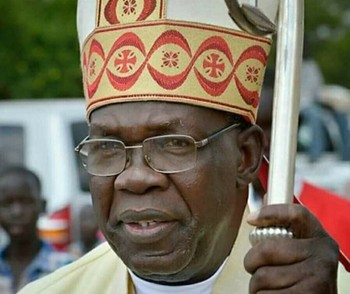 The Catholic Archdiocese of Juba has this morning announced the death of His Grace Archbishop Paolino Lukudu Loro, Emeritus Archbishop of Juba today in Nairobi, Kenya.

In a somber statement, Archbishop Stephen Ameyu Martin Mulla said: “I, your shepherd, by God’s will and design, bring you the saddest news of my entire lifetime: My predecessor and Father, His Grace Archbishop Paulino Lukudu Loro, a star that ceaselessly was shining over our church and nation for well over thirty years has this morning flickered out in the Kenyan capital city of Nairobi.”

Archbishop Ameyu has declared a 4-day mourning period for Lukudu starting today and said further details will be announced when available.

He described Lukudu’s death as ‘tragic and saddest of all news’ that will not only affect the church but the country at large.

The statement did not share details on the cause of death.