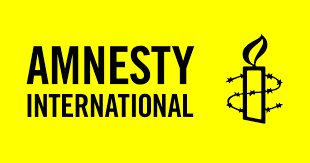 Amnesty International, a prominent international human rights watchdog, has called on the United Nations Security Council (UNSC) to maintain the arms embargo on South Sudan amid confirmed reports of violence and attacks by government forces on civilians in 2020.

Amnesty International said today that they had confirmed shocking cases of extreme violence by government forces and an increase in attacks on civilians, including war crimes, across the country this year.

“New research by Amnesty International has documented a series of extrajudicial executions, forced displacement, torture, and destruction of civilian property by the government and former opposition forces between April and June 2020 in Central Equatoria State, southwest of the capital Juba,” a press release from Amnesty international read in part.

The UNSC is set to conduct a mid-term review of its arms embargo and other measures on South Sudan before 15 December.

“Earlier this year, as South Sudan’s officials called for the arms embargo to be lifted, government soldiers were shooting civilians, burning homes, raping women and girls, and displacing tens of thousands of people from their villages in the south of the country,” said Deprose Muchena, Amnesty International’s East and Southern Africa Director.

Muchena added, “The atrocities of this conflict compound the decades of suffering of the millions of South Sudanese, who survived war crimes and crimes against humanity during the struggle for independence from Sudan. Quite simply, the government of South Sudan has failed to protect its people. It would be irresponsible of the Security Council to suspend or lift the arms embargo now, in light of the horrendous human rights violations being committed by government forces.”

Clashes have continued in the southern part of the country between the rebel National Salvation Front (NAS), on the one hand, and the government’s South Sudan People’s Defence Forces (SSPDF) and Sudan’s People’s Liberation Army-In Opposition (SPLA-IO), on the other.