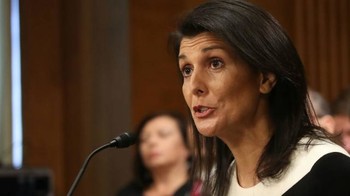 US Ambassador to the United Nations Nikki Haley is scheduled to visit the South Sudanese capital, Juba on Wednesday, a government official announced.

“Nikki Haley will spend 10 hours in Juba. She will arrive in Juba on 25 October,” Makol said.

Ms. Haley, who will be the highest ranking Tramp administration official to travel to South Sudan, said last month that the revitalization process led by the East African regional IGAD was the last chance at salvaging the peace accord in South Sudan.