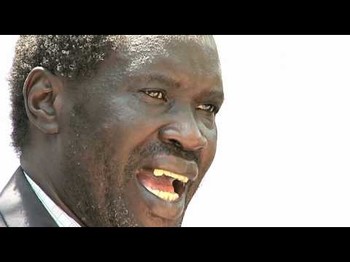 The Association for Media Development in South Sudan (AMDISS), a member-based organization of the local media in the country, has condemned in the strongest terms possible the blocking of at least four news websites by South Sudan.

In a statement dated July 20, AMDISS called on the government of South Sudan to rescind the blocking of Radio Tamazuj and Sudan Tribune websites and others that the telecommunication regulatory body implemented on Monday without giving any official reason.

The media body said the blocking of these websites have denied many South Sudanese and other nationals who are residents in South Sudan access to information which is tantamount to denial of basic human rights, including freedom of expression and press freedom which are guaranteed and enshrined in the Transitional Constitution of South Sudan.

AMDISS further said the action of blocking the news websites is an attack on freedom of expression and does not encourage the spirit of the national dialogue and cohesion which is of paramount importance in the search for national unity in South Sudan.

“The blocking of the websites comes after some two recent incidents of attack and harassment of journalists in which a journalist working for South Sudan Broadcasting Corporation (SSBC) was brutally beaten while covering a football match between the South Sudanese national team and the Ugandan team on the 14th July 2017,” it said.

“In another similar and regrettable incident, the Director of the same Broadcasting Corporation was arrested by the National Security Service on the 11thJuly 2017 and released on the 19th July, 2017 after more than a week in detention,” the media body added.

According to AMDISS, these actions by the government agencies and authorities are not only unconstitutional but a violation of basic human rights and the rule of law and an indication that the authorities are cracking down on media.

AMDISS called on the authorities and other state agencies to stop these attacks and harassment of the media, individual journalists and other media professionals.